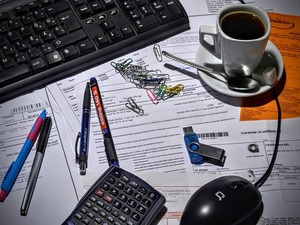 Most people agree that the use of USB drives increases efficiency and boosts productivity, which goes a long way toward explaining their popularity, but these handy little drives can also be problematic.

The fact that these drives are unencrypted is bad enough, but there’s another, even more frightening dimension to the problem. Such drives could be pre-loaded with malware, which could easily make it onto your company’s network the moment they’re connected to any office machine.

Apricorn had this to say about the results of the survey:

“With the ever-increasing amount of data breaches and compromises, companies need to carefully monitor what data is being created in their organizations, and what is leaving.

Government, healthcare, finance and education industries have access to copious amounts of sensitive information and most of these industries are using USBs without advanced permission. Not only are these companies leaving themselves vulnerable, they are placing their customers’ and employees’ data at risk.”

Although the company notes that there is an awareness of the damage that lost or compromised data can cause, not much is being done about preventing that loss, at least where the use of USB drives is concerned. According to the survey, fully half of the respondents indicated that they didn’t need to seek permission to use a USB drive to copy or transport potentially sensitive information.

Does your company have a robust set of policies in place to control the use of USB drives? Are all the USBs used by your employees encrypted and secure? Do you have a policy in place regarding proper reporting procedures should a USB drive go missing? Important questions, all.

AWS showed no signs of slowing down in 2017

Data On 123 Million US Households Leaked Online
Scroll to top