Dropbox said it would be increasing its IPO price range – the range for which it will sell its shares for its initial public offering — from $16-$18 per share to $18-$20 per share, giving the company a valuation that could reach close to $8 billion, according to an updated filing with the Securities and Exchange Commission.

Including all shares offered from stockholders selling in this offering, the “greenshoe” and the actual IPO, Dropbox will have a valuation between $7.2 billion and $7.96 billion. Based on a fully-diluted share count, Dropbox’s valuation should land between $7.8 billion to $8.75 billion. It’s below Dropbox’s previous $10 billion valuation, but it’s still a signal that investors are interested in buying up Dropbox’s IPO, which will be the most well-known enterprise name to go public this year. Cloud security company Zscaler went public earlier this month and immediately saw a massive pop, but Dropbox will probably be lumped into a similar boat as Snap as a signal to whether investors are going to be interested in hyped startups.

There will indeed be some shareholders selling stock in this offering, though it looks like for the most part the ownership is going to stay the same. There are a lot of reasons to sell a stock beyond just getting liquidation, such as paying taxes for other share options and exercises, so it’s not clear exactly what the motivations are for some employees for now.

Dropbox has more than 500 million users, 11 million of which are paying users. While originally born as a consumer service, the company has sought to crack into the enterprise in order to help build a robust second line of business to tack alongside its typical consumer operations. Dropbox at the start had the benefit of spreading via word of mouth thanks to its dead-simple interface, but since then has started building out new tools geared toward larger businesses, such as Dropbox Paper.

It’s also what’s made this IPO a somewhat tricky one. The process for this is normally the same, with the company setting a price range and then throwing it out there to see who bites. If things go well, the range goes up. If things go poorly, like the case of Blue Apron, the range is going to drop. This could always change at the last minute, but you can take this as another step toward its eventual listing, which is expected to happen later this week. 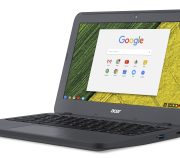 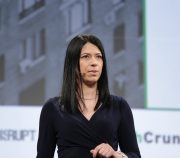 Sales startup People.ai lays off 18% of staff, raises debt round amid COVID-19 uncertainty 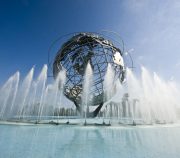 OpenStack gets support for virtual GPUs and new container features

With buyout, Cloudera hunts for relevance in a changing market

DefinedCrowd is teaching machines to better understand the complexities of language