Elliott Management, an investment firm long known for its activist streak, set it sights on Commvault today, purchasing a 10.3 percent stake and nominating four Elliott-friendly members to the company’s board of directors. It likely means that Elliott is ready to push the company to change direction and cut costs, if it sticks to its regular MO.

As an older public company founded in 1988 with a strong product, but weak stock performance, Commvault represents just the kind of company Elliott tends to target. In its letter outlining why it acquired its stake in Commvault, it presented a stark picture of a company in decline.

As just one small example, Elliott discussed the stock performance and it didn’t pull punches or mince words when it stated:

“Commvault’s strategy, operations, execution and leadership over the past eight years have failed to generate returns to shareholders, despite a leadership position in a growing market with a product set that customers like and competitors respect. Commvault’s underperformance has been so profound that an investor would have been better off buying the NASDAQ index instead of Commvault’s stock on 99% of trading days in the last eight years. …”

As it is wont to do, Elliott buys a stake and then forces its way onto the board of directors and this deal is no different where it will be adding 4 members:

“Given the long-term issues at the Company, we believe the Board would benefit from fresh perspectives, primarily in the area of operational execution, software go-to-market experience and current technology expertise. The level of required change at the Company is significant and requires a Board with new and relevant experiences to guide the Company’s turnaround. We have been involved in dozens of similar situations and have worked constructively with many companies to add top-tier, C-suite executives and experienced Board members to these companies. For Commvault, we are submitting a group of highly qualified director nominees with what we believe is the right experience to help guide the Company on its path forward.”

As some examples of that past experience it alluded to in the letter, Elliott bought a stake in EMC in 2014 and began to pressure the Board to sell its stake in VMware. The company turned back the attempt and eventually sold out to Dell for $67 billion, still giving Elliott a nice return on its one percent investment in the company, no doubt.

More recently, it bought a  6.5 percent stake in Akamai in December. At the next earnings call in February, the company announced it was laying off 400 employees, which accounted for almost 5 percent of the worldwide workforce. The layoffs are consistent with cost cutting that tends to happen when Elliott buys a stake in a company.

What happens next for Commvault is difficult to say, but investors obviously think there is going to be some movement as the stock is up over 11 percent as of this writing. Chances are they are onto something, and given Elliott’s track record they are probably right. 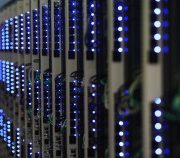 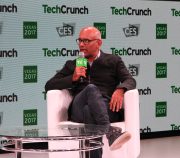 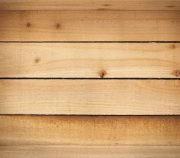 With version 2.0, Crate.io’s database tools put an emphasis on IoT

Microsoft launches 2 new Azure regions in Australia SiFive gets $50.6M to help companies get their custom chip designs out the ...
Scroll to top