Dropbox made its debut as a public company earlier this year and today passed through its first milestone of reporting its results to public investors, and it more or less beat expectations set for Wall Street on the top and bottom line.

The company reported more revenue and beat expectations for earnings that Wall Street set, bringing in $316.3 million in revenue and appearing to pick up momentum among its paying user base. It also said it had 11.5 million paying users, a jump from last year. However, the stock was largely flat in extended trading. One small negative signal — and it definitely appears to be a small one — was that its GAAP gross margin slipped slightly to 61.9% from 62.3% a year earlier. Dropbox is a software company that’s supposed to have great margins as it begins to ramp up its own hardware, but that slipping margin may end up being something that investors will zero in on going forward. Still, as the company continues to ramp up the enterprise component of its business, the calculus of its business may change over time.

This is a pretty important moment for the company, as it was a darling in Silicon Valley and rocketed to a $10 billion valuation in the early phases of the Web 2.0 era but began to face a ton of criticism as to whether it could be a robust business as larger companies started to offer cloud storage as a perk and not a business. Dropbox then found itself going up against companies like Box and Microsoft as it worked to create an enterprise business, but all this was behind closed doors — and it wasn’t clear if it was able to successfully maneuver its way into a second big business. Now the company is beholden to public shareholders and has to show all this in the open, and it serves as a good barometer of not just storage and collaboration businesses, but also some companies that are looking to drastically simplify workflow processes and convert that into a real business (like Slack, for example).

Here’s the final scorecard for the company:

(The GAAP and non-GAAP comparison is typically related to share-based compensation, which is a key component of employee compensation and retention.) 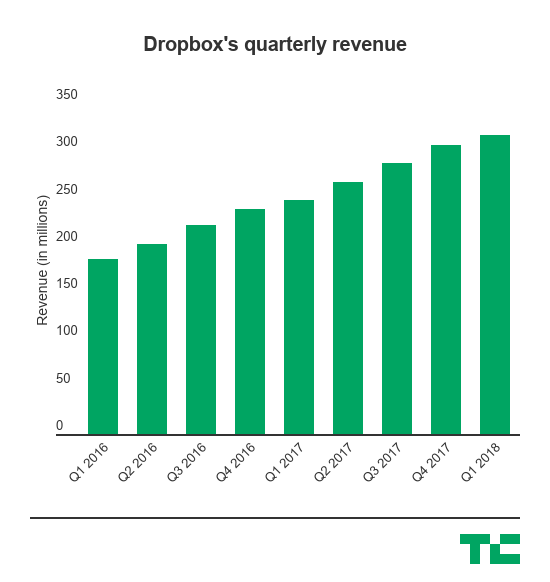 Dropbox was largely considered to be a successful IPO, rising more than 40% in its trading debut. That does mean that it may have left some money on the table, but its operating losses have been largely stable, even as it looks to woo larger enterprise customers as it — which is a bit of a taller order than its typical growth amid consumers that’s heavily driven by organic growth. Those larger enterprise customers offer more stable, and larger, revenue streams than a consumer base that faces a variety of options as many companies start to offer free storage. The company is now worth well over that original $10 billion valuation as a public company. Dropbox says it has more than 500 million users.

Since going public, the stock has had its ups and downs, but for the most part hasn’t dipped below that significant jump it saw from day one. Keeping that number propped up — and growing — is an important part of growing a business as a public company as it waves off more intense scrutiny and pressure for change from public shareholders, as well as offering competitive compensation packages for incoming employees in order to attract the best talent. It’s also good for morale as it offers a kind of grade for how the company is doing in the eyes of the public, though CEOs of companies often say they are committed toward long-term goals. The company’s shares are up around 11% since going public. 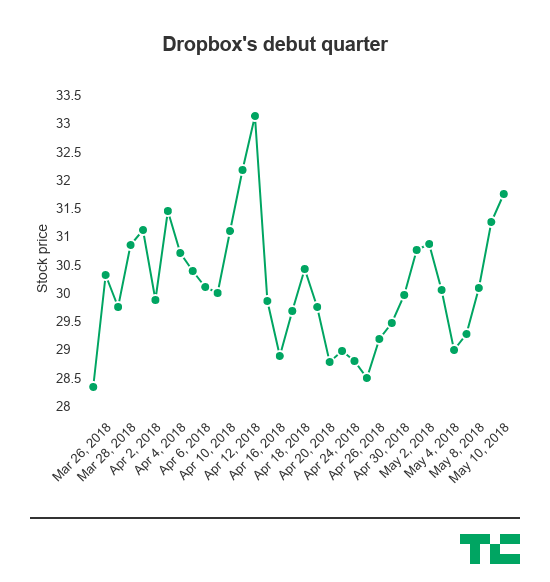 While there have been a wave of enterprise IPOs this year, including zScalar and Pluralsight’s upcoming IPO, Dropbox was largely considered to be a potential gauge of whether the IPO window was still open this year because of its hybrid nature. Dropbox started off as a consumer company based around a dead-simple approach of hosting and sharing files online, and used that to build a massive user base even as the cost of cloud storage was rapidly commoditized. But it also is building a robust enterprise-focus business, and continues to roll out a variety of tools to woo those businesses with consistent updates to products like its document tool Paper. Last month, the company started rolling out templates, as it looked to make traditional workflow processes easier and easier for companies in order to capture their interest much in the same way it captured the interest of consumers at large. 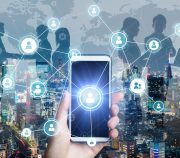 The startups creating the future of RegTech and financial services

For ScopeAR, the market is finally catching up with the technology
Scroll to top