When it comes to scaling startups, few people are as accomplished or consistently successful as Reid Hoffman .

While the rest of us consider scaling a startup to market domination a daunting task, Hoffman has continued to make it look easy.

In September, Hoffman will join us at TC Disrupt SF to share his strategies on “blitzscaling,” which also happens to be the title of his forthcoming book.

Hoffman started out his Silicon Valley career at PayPal, serving as EVP and a founding board member. In 2003, Hoffman founded LinkedIn from his living room. LinkedIn now has more than 500 million members across 200 countries and territories across the world, effectively becoming a necessity to the professional marketplace.

Hoffman left LinkedIn in 2007, but his contributions to the company certainly helped turn it into the behemoth it is today, going public in 2011 and selling to Microsoft for a whopping $26.2 billion in 2016.

At Disrupt, he’ll outline some of the methodology behind going from startup to scale up that is outlined in his new book, Blitzscaling, co-authored with Chris Yeh:

Blitzscaling is a specific set of practices for igniting and managing dizzying growth; an accelerated path to the stage in a startup’s life-cycle where the most value is created. It prioritizes speed over efficiency in an environment of uncertainty, and allows a company to go from “startup” to “scaleup” at a furious pace that captures the market.

Drawing on their experiences scaling startups into billion-dollar businesses, Hoffman and Yeh offer a framework for blitzscaling that can be replicated in any region or industry. Readers will learn how to design business models that support lightning-fast growth, navigate necessary shifts in strategy at each level of scale, and weather the management challenges that arise as their company grows.

Today, Hoffman leads Greylock Partners’ Discovery Fund, where he invests in seed-stage entrepreneurs and companies. He currently serves on the boards of Airbnb, Convoy, Edmodo and Microsoft. Hoffman’s place in the VC world is a natural continuation of his angel investing. His angel portfolio includes companies like Facebook, Flickr, Last.fm, and Zynga.

Hoffman has also invested in tech that affects positive change, serving on the non-profit boards of Biohub, Kiva, Endeavor, and DoSomething.org.

Blitzscaling marks Hoffman’s third book (others include The Startup of You and The Alliance) and we’re absolutely thrilled to have him teach us a thing or two at Disrupt SF. 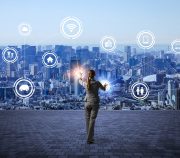 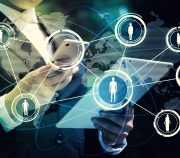 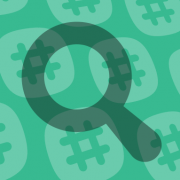 Salesforce takes another shot at IoT

IBM selling Lotus Notes/Domino business to HCL for $1.8B
0 replies