People should get paid for work they have done. It’s a pretty simple principle of capitalism, but a principle that seems increasingly violated in the modern economy. With semi-monthly paychecks, the work an employee does on the first day of the month won’t be paid until the end of the third week — a delay of up to 21 days. That delay is despite the massive digitalization of bank transfers and accounting over the past few decades that should have made paychecks far more regular.

Gusto, a payroll and HR benefits provider focused on small businesses, announced the launch of Flexible Pay today, a new feature that will allow its payroll users to select when they receive their income for work already completed. The feature, which must be switched on by an employer, will cost employers nothing out-of-pocket today. The launch is limited to customers in Texas, but will expand to other states in the coming year.

As Gusto CEO Joshua Reeves explained it to me, a kid mowing lawns in a neighborhood has a much more visceral connection to income than the modern knowledge economy worker. Cut the grass, get cash — it’s that simple. He also pointed out, with irony, that terminated employees experience much better payroll service than regular employees: they have to be paid out on their last day of work outside of the standard paycheck schedule. Reeves and his team wanted to offer that flexibility and convenience to every worker.

Flexible Pay allows users to choose when they get paid, outside of typical paycheck schedules

The key to this new feature has been Gusto’s increasing data about small businesses. Gusto now serves 1 percent of all small businesses in the U.S., and it has comprehensive access to its customers’ financial and payroll data. With integrations to time sheet services and proper risk modeling, Gusto is able to predict exactly what salary a worker has already earned, and can front the money at minimum risk to itself.

One major challenge for Gusto was how to reconcile the books of the employer with the irregular paycheck schedules desired by employees. Gusto handles all the logistics transparently, including tax withholding, so that for employers, the paycheck distribution looks and feels “normal” on its books.

That means that Gusto is effectively loaning money to companies, since it is paying payroll in advance. Gusto is funding those loans off its balance sheet today, but over time, the company expects to create a financial facility to underwrite the product.

For Reeves, Flexible Pay is “the right thing to do.” He believes that this new level of flexibility will empower workers to control their financial lives. In the long run, as more users get habituated to the product and its convenience, he hopes that the feature will draw other employers into using Gusto based on employee demand.

The unfortunate reality in the American workforce is that huge numbers of workers live paycheck-to-paycheck, by some counts as many as 80 percent. A bill can come due just a day or two before a paycheck hits, but without cash in a checking account, people often have to resort to predatory financial products like payday loans or high-interest credit cards in order to make ends meet. Flexible Pay is one step in the right direction of fighting for workers to get the money they justly deserve. 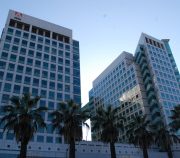 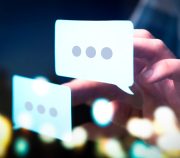 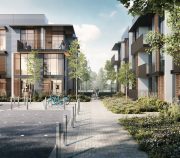 Meet the first judges for The Europas Awards (27 June) and enter your startup now!

Adobe had a record quarter, but still has substantial untapped potential
0 replies

Security, privacy experts weigh in on the ICE doxxing BigID scores $30 million Series B months after closing A round
Scroll to top