RunSafe, a Mclean Virginia startup, got started doing research for DARPA on how to defend critical infrastructure. They built a commercial product based on that initial research that they claim eliminates an entire class of attacks. Today, the company released a product called Alkemist that enables customers to install the solution without help from RunSafe.

RunSafe co-founder and CEO Joe Saunders says that the product began with the DoD research and a simple premise: “If you assume hardware in the supply chain is compromised, can you still build trusted software on top of untrusted hardware. And so we came up with techniques that we have since greatly expanded to protect the software from compromise. We eliminate an entire class of attacks and greatly reduce the attack surface for software across critical infrastructure,” he told TechCrunch.

The way they do this is by hardening the software binary so malware and exploitations can’t find the tools they need to execute across the infrastructure. In the data center example, that means the attacker could find their way in, and attack a single machine, but couldn’t replicate the attack across multiple machines.

“They’re looking for functions and memory and different things that they can use in their exploitation. What we do is we make it very difficult for the attack tool to find that information, and without the ability to find the memory or the functions, they can’t execute their attack,” he said.

He says that they do this by making every instance “functionally identical but logically unique” by relocating where functions and memory exist at a low level in the software. “When an exploit is looking for memory or function to exploit the software product, it can’t locate them,” Saunders said. And that makes it practically impossible to move across the system, he explained.

He points out this is a far different approach from how most security vendors approach the problem. “Other solutions that are leveraging intrusion detection or monitoring or analytics are detecting when there’s a compromise, but they’re not solving the problem — you still can be breached and the exploit can still execute. We’re eliminating the exploit,” he said.

The company works with hardware manufacturers to install their solution at the factory before they get deployed, and with customers like data center operators to protect their critical infrastructure. Prior to the release of Alkemist, the installation required some hand-holding from RunSafe. With today’s release, the customer can install the product themselves and that could increase their customer base.

RunSafe launched at the end of 2015 and released the first version of the product last year. They currently count a dozen customers and are protecting hundreds of thousands machines across their customer base and expect to cross one million protected machines by the end of the year, according to Saunders.

The company has raised $2.4 million in seed investment. 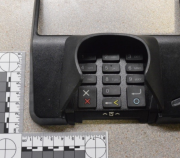 Outreach nabs $50M at a $1.33B valuation for software that helps with sales engagement

To fight the scourge of open offices, ROOM sells rooms
Scroll to top