WeWork has picked up another $3 billion in financing from SoftBank Corp, not to be confused with SoftBank Vision Fund. The deal comes in the form of a warrant, allowing SoftBank to pay $3 billion for the opportunity to buy shares before September 2019 at a price of $110 or higher, ultimately valuing WeWork at $42 billion minimum.

In August, SoftBank Corp invested $1 billion in WeWork in the form of a convertible note.

SoftBank is far and away WeWork’s biggest investor, with SoftBank Vision Fund having poured $4.4 billion into the company just last year.

The real estate play out of WeWork is just one facet of the company’s strategy.

More than physical land, WeWork wants to be the central connective tissue for work in general. The company often strikes deals with major service providers at “whole sale” prices by negotiating on behalf of its 300,000 members. Plus, WeWork has developed enterprise products for large corporations, such as Microsoft, who tend to sign longer, more lucrative leases. In fact, these types of deals make up 29 percent of WeWork’s revenue.

The biggest issue is whether or not WeWork can sustain its outrageous growth, which seems to have been the key to its soaring valuation. After all, WeWork hasn’t yet achieved profitability.

Can the vision become a reality? SoftBank seems willing to bet on it. 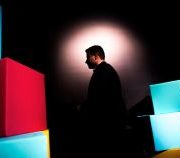 Alexa for Business opens up to third-party device makers

Salesforce announces first integrations with Slack after closing $28B sale

Slack is reportedly raising another huge $500M round of funding