Oracle filed suit in federal court last week alleging yet again that the decade-long $10 billion Pentagon JEDI contract with its single-vendor award is unfair and illegal. The complaint, which has been sealed at Oracle’s request, is available in the public record with redactions.

If all of this sounds familiar, it’s because it’s the same argument the company used when it filed a similar complaint with the Government Accountability Office (GAO) last August. The GAO ruled against Oracle last month stating, “…the Defense Department’s decision to pursue a single-award approach to obtain these cloud services is consistent with applicable statutes (and regulations) because the agency reasonably determined that a single-award approach is in the government’s best interests for various reasons, including national security concerns, as the statute allows.”

That hasn’t stopped Oracle from trying one more time, this time filing suit in the United States Court of Federal Claims this week, alleging pretty much the same thing it did with the GAO, that the process was unfair and violated federal procurement law.

Oracle Senior Vice President, Ken Glueck reiterated this point in a statement to TechCrunch. “The technology industry is innovating around next generation cloud at an unprecedented pace and JEDI as currently envisioned virtually assures DoD will be locked into legacy cloud for a decade or more. The single-award approach is contrary to well established procurement requirements and is out of sync with industry’s multi-cloud strategy, which promotes constant competition, fosters rapid innovation and lowers prices,” he said echoing the language in the complaint.

The JEDI contract process is about determining the cloud strategy for the Department of Defense for the next decade, but it’s important to point out that even though it is framed as a 10 year contract, it has been designed with several opt out points for DOD with an initial two year option, two three year options and a final two year option, leaving open the possibility it might never go the full 10 years.

Oracle has complained for months that it believes the contract has been written to favor the industry leader, Amazon Web Services. Company co-CEO Safra Catz even complained directly to the president in April, before the RFP process even started. IBM filed a similar protest in October citing many of the same arguments. Oracle’s federal court complaint filing cites the IBM complaint and language from other bidders including Google (which has since withdrawn from the process) and Microsoft that supports their point that a multi-vendor solution would make more sense.

The Department of Justice, which represents the US government in the complaint, declined to comment.

The DOD also indicated it wouldn’t comment on pending litigation, but in September spokesperson Heather Babb told TechCrunch that the contract RFP was not written to favor any vendor in advance. “The JEDI Cloud final RFP reflects the unique and critical needs of DOD, employing the best practices of competitive pricing and security. No vendors have been pre-selected,” she said at the time.

That hasn’t stopped Oracle from continually complaining about the process to whoever would listen. This time they have literally made a federal case out of it. The lawsuit is only the latest move by the company. It’s worth pointing out that the RFP process closed in October and a winner won’t be chosen until April. In other words, they appear to be assuming they will lose before the vendor selection process is even completed.

Design may be the next entrepreneurial gold rush 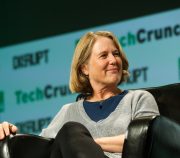 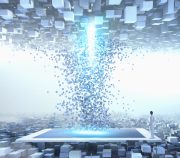 Meet the speakers at The Europas, and get your ticket free (July 3, London)
0 replies