Threads emerges from stealth with $10.5M from Sequoia for a new take on enabling work conversations - Phoenix Technology Solutions

The rapid rise of Slack has ushered in a new wave of apps, all aiming to solve one challenge: creating a user-friendly platform where coworkers can have productive conversations. Many of these are based around real-time notifications and “instant” messaging, but today a new startup called Threads coming out of stealth to address the other side of the coin: a platform for asynchronous communication that is less time-sensitive, and creating coherent narratives out of those conversations.

Armed with $10.5 million in funding led by Sequoia, the company is launching a beta of its service today.

Rousseau Kazi, the startup’s CEO who co-founded threads with Jon McCord, Mark Rich and Suman Venkataswamy, cut his social teeth working for six years at Facebook (with a resulting number of patents to his name around the mechanics of social networking), says that the mission of Threads is to become more inclusive when it comes to online conversations.

“After a certain number of people get involved in an online discussion, conversations just break and messaging becomes chaotic,” he said. (McCord and Rich are also Facebook engineering alums, while Venkataswamy is a Bright Roll alum.)

And if you have ever used Twitter, or even been in a popular channel in Slack, you will understand what he is talking about. When too many people begin to talk, the conversation gets very noisy and it can mean losing the “thread” of what is being discussed, and seeing conversation lurch from one topic to another, often losing track of important information in the process.

There is an argument to be made for whether a platform that was built for real-time information is capable of handling a difference kind of cadence. Twitter, as it happens, is trying to figure that out right now. Slack, meanwhile, has itself introduced threaded comments to try to address this too — although the practical application of its own threading feature is not actually very user friendly.

Threads’ answer is to view its purpose as addressing the benefit of “asynchronous” conversation.

To start, those who want to start threads first register as organizations on the platform. Then, those who are working on a project or in a specific team creates a “space” for themselves within that org. You can then start threads within those spaces. And when a problem has been solved or the conversation has come to a conclusion, the last comment gets marked as the conclusion.

The idea is that topics and conversations that can stretch out over hours, days or even longer, around specific topics. Threads doeesn’t want to be the place you go for red alerts or urgent requests, but where you go when you have thoughts about a work-related subject and how to tackle it.

These resulting threads, when completed or when in progress, can in turn be looked at as straight conversations, or as annotated narratives.

For now, it’s up to users themselves to annotate what might be important to highlight for readers, although when I asked him, Kazi told me he would like to incorporate over time more features that might use natural language processing to summarize and pull out what might be worth following up or looking at if you only want to skim read a longer conversation. Ditto the ability to search threads. Right now it’s all based around keywords but you can imagine a time when more sophisticated and nuanced searches to surface conversations relevant to what you might be looking for.

Indeed, in this initial launch, the focus is all about what you want to say on Threads itself — not lots of bells and whistles, and not trying to compete against the likes of Slack, or Workplace (Facebook’s effort in this space), or Yammer or Teams from Microsoft, or any of the others in the messaging mix.

There are no integrations of other programs to bring data into Threads from other places, but there is a Slack integration in the other direction: you can create an alert there so that you know when someone has updated a Thread.

“We don’t view ourselves as a competitor to Slack,” Kazi said. “Slack is great for transactional conversation but for asynchronous chats, we thought there was a need for this in the market. We wanted something to address that.”

It may not be a stated competitor, but Threads actually has something in common with Slack: the latter launched with the purpose of enabling a certain kind of conversation between co-workers in a way that was easier to consume and engage with than email.

You could argue that Threads has the same intention: email chains, especially those with multiple parties, can also be hard to follow and are in any case often very messy to look at: something that the conversations in Threads also attempt to clear up.

But email is not the only kind of conversation medium that Threads thinks it can replace.

“With in-person meetings there is a constant tension between keeping the room small for efficiency and including more people for transparency,” said Sequoia partner Mike Vernal in a statement. “When we first started chatting with the team about what is now Threads, we saw an opportunity to get rid of this false dichotomy by making decision-making both more efficient and more inclusive. We’re thrilled to be partnering with Threads to make work more inclusive.” Others in the round include Eventbrite CEO Julia Hartz, GV’s Jessica Verrilli, Minted CEO Mariam Naficy, and TaskRabbit CEO Stacy Brown-Philpot.

The startup was actually formed in 2017, and for months now it has been running a closed, private version of the service to test it out with a small amount of users. So far, the company sizes have ranged between 5 and 60 employees, Kazi tells me.

“By using Threads as our primary communications platform, we’ve seen incredible progress streamlining our operations,” said one of the testers, Perfect Keto & Equip Foods Founder and CEO, Anthony Gustin. “Internal meetings have reduced by at least 80 percent, we’ve seen an increase in participation in discussion and speed of decision making, and noticed an adherence and reinforcement of company culture that we thought was impossible before. Our employees are feeling more ownership and autonomy, with less work and time that needs to be spent — something we didn’t even know was possible before Threads.”

Kazi said that the intention is ultimately to target companies of any size, although it will be worth watching what features it will have to introduce to help handle the noise, and continue to provide coherent discussions, when and if they do start to tackle that end of the market. 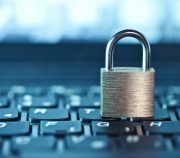 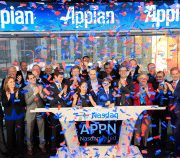 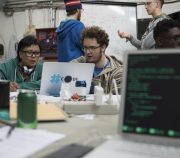 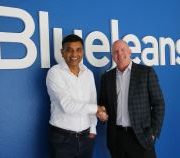 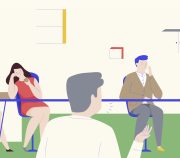 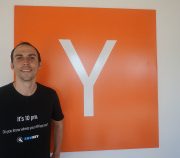