The least said about Google’s messaging strategy, the better. But for better or worse, Hangouts Chat and Meet for G Suite, Google’s work-focused text and video chat tools are here to stay given that the one area where Google’s messaging strategy is clear is in the enterprise. With the end of the old Hangouts experience drawing nearer, the company today announced that it is now essentially replacing classic Hangouts with its business-focused Hangouts Chat tool in Gmail.

That’s a pretty sensible move and doesn’t come as a major surprise, but this marks the first time that Google has clearly laid out its strategy for how it will replace Hangouts in Gmail for its business users.

The experience, as far as we can tell, will be very similar to the current Hangouts one. Unsurprisingly, Hangouts Meet in Gmail will not just feature people, but also rooms and bots, two of the key differentiators between the old and new Hangouts. One difference worth mentioning, though, is that rooms will open into a full-screen experience with threads, which will make for a slightly different experience compared to what you’re probably used to from the classic Hangouts.

For now, this new feature isn’t quite ready to launch yet, though. Google is asking businesses that want to participate in the beta to register their interest here. 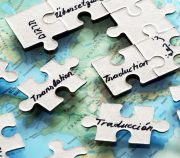 Takeaways from KubeCon; the latest on Kubernetes and cloud native development

Data management startup Rubrik gets $261M at a $3.3B valuation as it moves into security and compliance