Why it just might make sense that Salesforce.com is buying Salesforce.org | Phoenix Technology Solutions

Yesterday, Salesforce .com announced its intent to buy its own educational/non-profit arm, Salesforce.org for $300 million. On its face, this feels like a confusing turn of events, but industry experts say it’s really about aligning educational and non-profit verticals across the entire organization.

Salesforce has always made a lot of hay about being a responsible capitalist. It’s something it highlights at events and really extends with the 1-1-1 model that it created, which gives one percent of profit, time and resources (product) to education and non-profits. Its employees are given time off and are encouraged to work in the community. Salesforce.org has been the driver behind this, but something drove the company to bring Salesforce.org into the fold.

While it’s easy to be cynical about the possible motivations, it could be a simple business reason, says Ray Wang, founder and principal analyst at Constellation Research. As he pointed out, it didn’t make a lot of sense from a business perspective to be running two separate entities with separate executive teams, bookkeeping systems and sales teams. What’s more, he said there was some confusion over lack of alignment and messaging between the Salesforce.com education sales team and what was happening at Salesforce.org. Finally, he says because Salesforce.org couldn’t issue Salesforce.com stock options, it might not have been attracting the best talent.

“It allows them to get better people and talent, and it’s also eliminating redundancies with the education vertical. That was really the big driver behind this,” Wang told TechCrunch.

Tony Byrne, founder and principal analyst at Real Story Group agreed. “My guess is that they were struggling to align roadmaps between the offerings (.com and .org), and they see .org as more strategic now and want to make sure they’re in the fold,” he said.

Focusing on the charity arm

Brent Leary, principal and co-founder at CRM Essentials says it’s also about keeping that charitable focus front and center, while pulling that revenue into the Salesforce.com revenue stream. “It seems like doing good is set to be really good for business, making it a potentially very good idea to included as part of Salesforce’s top line revenue numbers, Leary said.

For many, this was simply about keeping up with Microsoft and Google in the non-profit space, and being part of Salesforce.com makes more sense in terms of competing. “I believe Salesforce’s move to bring Salesforce.org in house was a well-timed strategic move to have greater influence on the company’s endeavors into the Not for Profit (NFP) space. In the wake of Microsoft’s announcements of significantly revamping and adding resources to its Dynamics 365 Nonprofit Accelerator, Salesforce would be well-served to also show greater commitment on their end to helping NFP’s acquire greater access to technologies that enable them to carry out their mission,” Daniel Newman, founder and principal analyst at Futurum Research said.

But not everyone sees this move in a positive light. Patrick Moorhead, principal analyst and founder at Moor Insights and Strategies, says it could end up being a public relations nightmare for Salesforce if the general public doesn’t understand the move. Salesforce could exacerbate that perception, if it ends up raising prices for non-profits and education.

“Salesforce and Benioff’s move with Salesforce.org is a big risk and could blow up in its face. The degree of negative reaction will be dependent on how large the price hikes are and how much earnings get diluted. We won’t know that until more details are released,” Moorhead said.

The deal is still in progress, and will take some months to close but if it’s simply an administrative move designed to create greater efficiencies, it could make sense. The real question remains is how this will affect educational and non-profit institutions as the company combines Salesforce.org and Salesforce.com.

Salesforce did not wish to comment for this story.

Salesforce ‘acquires’ Salesforce.org for $300M in a wider refocus on the nonprofit sector 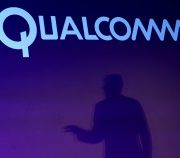 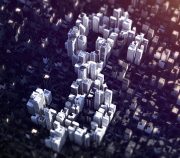 Google expands its container service with GKE Advanced Google Cloud brings on 27-year SAP veteran as it doubles down on enterprise...
Scroll to top