Amazon is always looking for ways to increase the options it offers developers in AWS, and to that end, today it announced a bunch of new AMD EPYC-powered T3a instances. These were originally announced at the end of last year at re:Invent, AWS’s annual customer conference.

Today’s announcement is about making these chips generally available. They have been designed for a specific type of burstable workload, where you might not always need a sustained amount of compute power.

“These instances deliver burstable, cost-effective performance and are a great fit for workloads that do not need high sustained compute power but experience temporary spikes in usage. You get a generous and assured baseline amount of processing power and the ability to transparently scale up to full core performance when you need more processing power, for as long as necessary,” AWS’s Jeff Barr wrote in a blog post.

These instances are build on the AWS Nitro System, Amazon’s custom networking interface hardware that the company has been working on for the last several years. The primary components of this system include the Nitro Card I/O Acceleration, Nitro Security Chip and the Nitro Hypervisor.

Today’s release comes on top of the announcement last year that the company would be releasing EC2 instances powered by Arm-based AWS Graviton Processors, another option for developers, who are looking for a solution for scale-out workloads.

It also comes on the heels of last month’s announcement that it was releasing EC2 M5 and R5 instances, which use lower-cost AMD chips. These are also built on top of the Nitro System.

The EPCY processors are available starting today in seven sizes in your choice of spot instances, reserved instances or on-demand, as needed. They are available in US East in northern Virginia, US West in Oregon, Europe in ireland, US East in Ohio and Asia-Pacific in Singapore.

AWS wants to rule the world 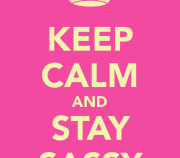 Meta SaaS raises $1.5 million from Mark Cuban and others

Still have Windows 7? 32 Security Reasons to Move to Windows 10