Over the course of the last year and a half, the OpenStack Foundation made the switch from purely focusing on the core OpenStack project to opening itself up to other infrastructure-related projects as well. The first two of these projects, Kata Containers and the Zuul project gating system, have now exited their pilot phase and have become the first top-level Open Infrastructure Projects at the OpenStack Foundation.

The Foundation made the announcement at its Open Infrastructure Summit (previously known as the OpenStack Summit) in Denver today after the organization’s board voted to graduate them ahead of this week’s conference. “It’s an awesome milestone for the projects themselves,” OpenStack Foundation executive direction Jonathan Bryce told me. “It’s a validation of the fact that in the last 18 months, they have created sustainable and productive communities.”

It’s also a milestone for the OpenStack Foundation itself, though, which is still in the process of reinventing itself in many ways. It can now point at two successful projects that are under its stewardship, which will surely help it as it goes out and tries to attract others who are looking to bring their open-source projects under the aegis of a foundation.

In addition to graduating these first two projects, Airship — a collection of open-source tools for provisioning private clouds that is currently a pilot project — hit version 1.0 today. “Airship originated within AT&T,” Bryce said. “They built it from their need to bring a bunch of open-source tools together to deliver on their use case. And that’s why, from the beginning, it’s been really well-aligned with what we would love to see more of in the open-source world and why we’ve been super excited to be able to support their efforts there.”

With Airship, developers use YAML documents to describe what the final environment should look like and the result of that is a production-ready Kubernetes cluster that was deployed by OpenStack’s Helm tool — though without any other dependencies on OpenStack.

AT&T’s assistant vice president, Network Cloud Software Engineering, Ryan van Wyk, told me that a lot of enterprises want to use certain open-source components, but that the interplay between them is often difficult and that while it’s relatively easy to manage the life cycle of a single tool, it’s hard to do so when you bring in multiple open-source tools, all with their own life cycles. “What we found over the last five years working in this space is that you can go and get all the different open-source solutions that you need,” he said. “But then the operator has to invest a lot of engineering time and build extensions and wrappers and perhaps some orchestration to manage the life cycle of the various pieces of software required to deliver the infrastructure.”

It’s worth noting that nothing about Airship is specific to the telco world, though it’s no secret that OpenStack is quite popular in the telco world and unsurprisingly, the Foundation is using this week’s event to highlight the OpenStack project’s role in the upcoming 5G rollouts of various carriers.

In addition, the event will showcase OpenStack’s bare-metal capabilities, an area the project has also focused on in recent releases. Indeed, the Foundation today announced that its bare-metal tools now manage more than a million cores of compute. To codify these efforts, the Foundation also today launched the OpenStack Ironic Bare Metal program, which brings together some of the project’s biggest users, like Verizon Media (home of TechCrunch, though we don’t run on the Verizon cloud), 99Cloud, China Mobile, China Telecom, China Unicom, Mirantis, OVH, Red Hat, SUSE, Vexxhost and ZTE. 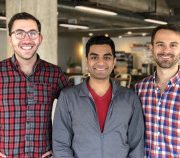 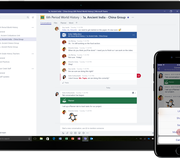 Zoom will enable waiting rooms by default to stop Zoombombing