Slack opens at $38.50, a pop of 48% on its first day of trading on NYSE as WORK | Phoenix Technology Solutions

Slack, the workplace messaging platform that has helped define a key category of enterprise IT, made its debut as a public company today with a pop. Trading as “WORK” on the New York Stock Exchange, it opened at $38.50 after setting a reference price last night of $26, valuing it at $15.7 billion, and then setting a bid/asking price of $37 this morning.

The trading climbed up quickly in its opening minutes and went as high as $42 and is now down to $38.95. We’ll continue to update this as the day goes on. These prices are pushing the market cap to around $20 billion.

Note: There was no “money raised” with this IPO ahead of today because Slack’s move into being a publicly traded company is coming by way of a direct listing — meaning the shares went directly on the market with no pre-sale. This is a less-conventional route that doesn’t involve bankers underwriting the listing (nor all the costs that come along with the roadshow and the rest). It also means Slack does not raise a large sum ahead of public trading. But it does let existing shareholders trade shares without dilution and is an efficient way of going public if you’re not in need of an immediate, large cash injection. It’s a route that Spotify also took when it went public last year, and, from the front-page article on NYSE.com, it seems that there might be growing interest in this process — or at least, that the NYSE would like to promote it as an option.

Slack’s decision to go slightly off-script is in keeping with some of the ethos that it has cultivated over the last several years as one of the undisputed juggernauts of the tech world. Its rocket ship has been a product that has touched on not one but three different hot growth areas: enterprise software-as-a-service, messaging apps and platform plays that, by way of APIs, can become the touchstone and nerve center for a seemingly limitless number of other services.

What’s interesting about Slack is that — contrary to how some might think of tech — the journey here didn’t start as rocket science.

Slack was nearly an accidental creation, a byproduct that came out of how a previous business, Tiny Speck, was able to keep its geographically spread-out team communicating while building its product, the game Glitch. Glitch and Tiny Speck failed to gain traction, so after they got shut down, the ever-resourceful co-founder Stewart Butterfield did what many founders who still have some money in the bank and fire in their bellies do: a pivot. He took the basic channel they were using and built it (with some help) into the earliest public version of what came to be known as Slack.

But from that unlikely start something almost surprising happened: the right mix of ease of use, efficient responsiveness and functionality — in aid of those already important areas of workplace communication, messaging and app integration — made Slack into a huge hit. Quickly, Slack became the fastest-growing piece of enterprise software ever in terms of adding users, with a rapid succession of funding rounds (raising over $1.2 billion in total), valuation hikes and multiple product improvements along the way to help it grow.

Today, like many a software-as-a-service business that is less than 10 years old and investing returns to keep up with its fast-growing business, Slack is not profitable.

But its growth and the buzz it has amassed has given it a big push. As of January 31, it clocked up over 10 million daily active users across 600,000 organizations, with 88,000 of them on paid plans and 550,000 using the free version of the app. It will be interesting to see how and if that goodwill and excitement outweighs some of those financial bum notes.

Or, in some cases, possibly other bum notes. The company has made “Work” not just its ticker but its mantra. Its slogan is “Where work happens” and it focuses on how its platform helps make people more productive. But as you might expect, not everyone feels that way about it, with the endless streams of notifications, the slightly clumsy way of handling threaded conversations and certain other distracting features raising the ire of some people. (Google “Slack is a distraction” and you can see some examples of those dissenting opinions.)

Slack has had its suitors over the years, unsurprisingly, and at least one of them has in the interim made a product to compete with it. Teams, from Microsoft, is one of the many rival platforms on the market looking to capitalise on the surge of interest for chat and collaboration platforms that Slack has helped usher in. Other competitors include Workplace from Facebook, Mattermost and Flock, along with Threads and more. 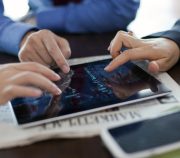 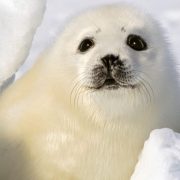 The new Gmail will roll out to all users next month