When you think of old, giant mainframes that sit in the basement of a giant corporation, still doing the same work they did 30 years ago, chances are you’re thinking about a financial institution. It’s the financial enterprises, though, that are often leading the charge in bringing new technologies and software development practices to their employees and customers. That’s in part because they are in a period of disruption that forces them to become more nimble. Often, this means leaving behind legacy technology and embracing the cloud.

At TC Sessions: Enterprise, which is happening on September 5 in San Francisco, Capital One executive VP in charge of its technology operations, George Brady, will talk about the company’s journey from legacy hardware and software to embracing the cloud and open source, all while working in a highly regulated industry. Indeed, Capital One was among the first companies to embrace the Facebook-led Open Compute project and it’s a member of the Cloud Native Computing Foundation. It’s this transformation at Capital One that Brady is leading.

At our event, Brady will join a number of other distinguished panelists to specifically talk about his company’s journey to the cloud. There, Capital One is using serverless compute, for example, to power its Credit Offers API using AWS’s Lambda service, as well as a number of other cloud technologies.

Before joining Capital One as its CTO in 2014, Brady ran Fidelity Investment’s global enterprise infrastructure team from 2009 to 2014 and served as Goldman Sachs’ head of global business applications infrastructure before that.

Currently, he leads cloud application and platform productization for Capital One. Part of that portfolio is Critical Stack, a secure container orchestration platform for the enterprise. Capital One’s goal with this work is to help companies across industries become more compliant, secure and cost-effective operating in the public cloud.

Early-bird tickets are still on sale for $249; grab yours today before we sell out. 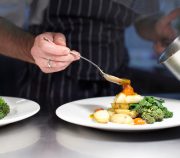 Why it might have been time for new leadership at SAP 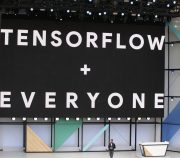 Google is giving a cluster of 1,000 Cloud TPUs to researchers for free

In spite of pandemic (or maybe because of it), cloud infrastructure revenue soars