You can’t talk about enterprise software without talking about SAP, the German software giant that now has a market cap of more than $172 billion, making it Europe’s most valuable tech company. To talk about his company and leadership in a rapidly changing environment for enterprise software, SAP CEO Bill McDermott will join us for a fireside chat at our TC Sessions: Enterprise event on September 5 in San Francisco.

Chances are you know SAP mostly for its Hana in-memory database offering and CRM and enterprise resource management systems. Hana is important enough that all of the major cloud suppliers offer virtual machines specifically tuned for it, something they don’t do for any other piece of software. But SAP also offers services around data and networks management, IoT, blockchain and HR. Its more than 300,000 customers span virtually every industry and include government agencies around the globe, and the company itself has offices in virtually every country in the world.

We will talk to McDermott about the trends he’s seeing in the industry, including his company’s open data alliance with Microsoft and Adobe, his plans to double his company’s market cap, the role that open source now plays in enterprise software and how owning a Long Island deli prepared him for his current job. And we won’t forget SAP’s giant $8 billion acquisition of Qualtrics last year, which allows SAP to couple operational data with customer experience — matching what customers do with why they do it — one of the hottest areas in enterprise.

Outside of SAP, McDermott also serves on the board of directors of companies like Under Armour, Dell SecureWorks and ANSYS.e

Early Bird tickets are on sale for just $249 when you book here, but hurry — prices go up by $100 soon! Students, grab your discounted tickets for just $75 here. 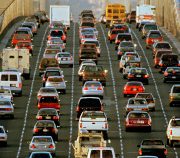 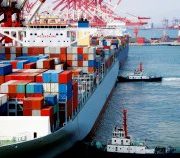 CoreOS updates its Tectonic container platform with the latest Kubernetes release, etcd as a service