The idea behind Dust Identity was originally born in an MIT lab where the founders developed the base technology for uniquely identifying objects using diamond dust. Since then, the startup has been working to create a commercial application for the advanced technology, and today it announced a $10 million Series A round led by Kleiner Perkins, which also led its $2.3 million seed round last year.

The company has an unusual idea of applying a thin layer of diamond dust to an object with the goal of proving that that object has not been tampered with. While using diamond dust may sound expensive, the company told TechCrunch last year at the time of its seed round funding that it uses low-cost industrial diamond waste, rather than the expensive variety you find in jewelry stores.

As CEO and co-founder Ophir Gaathon told TechCrunch last year, “Once the diamonds fall on the surface of a polymer epoxy, and that polymer cures, the diamonds are fixed in their position, fixed in their orientation, and it’s actually the orientation of those diamonds that we developed a technology that allows us to read those angles very quickly.”

Ilya Fushman, who is leading the investment for Kleiner, says the company is offering a unique approach to identity and security for objects. “At a time when there is a growing trust gap between manufacturers and suppliers, Dust Identity’s diamond particle tag provides a better solution for product authentication and supply chain security than existing technologies,” he said in a statement.

The presence of strategic investors Airbus and Lockheed Martin shows that big industrial companies see a need for advanced technology like this in the supply chain. It’s worth noting that the company partnered with enterprise computing giant SAP last year to provide a blockchain interface for physical objects, where they store the Dust Identity identifier on the blockchain. Although the startup has a relationship with SAP, it remains blockchain agnostic, according to a company spokesperson.

While it’s still early days for the company, it has attracted attention from a broad range of investors and intends to use the funding to continue building and expanding the product in the coming year. To this point, it has implemented pilot programs and early deployments across a range of industries, including automotive, luxury goods, cosmetics and oil, gas and utilities. 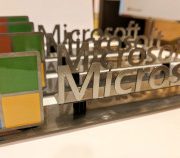 Microsoft Excel is about to get a lot smarter 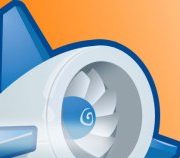 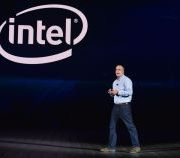 Intel is having reboot issues with its Spectre-Meltdown patches

How Liberty Mutual shifted 44,000 workers from office to home

Google’s App Engine gets a firewall