Data is the new oil, as the saying goes, and today Kabbage — a fintech startup backed by SoftBank that has built a business around lending up to $250,000 to small and medium enterprises, using AI-based algorithms to help determine the terms of the loan — is picking up an asset to expand its own data trove as it looks to expand into further SMB financial services. The company has acquired Radius Intelligence, the marketing technology firm that has built a database of information on some 20 million small and medium businesses in the U.S.

Terms of the deal are not being disclosed, but notably, it comes on the heels of a sightly tumultuous period for Radius . Last year, the company announced a merger with its big competitor Leadspace, only to quietly cancel the deal three months later. Then two months after that, it replaced its longtime CEO.

Radius — which is backed by some $120 million from investors that include Founders Fund, David Sacks, Salesforce Ventures, AME Cloud Ventures and the actor Jared Leto, among others — last had a valuation of around $200 million, according to PitchBook, but that was prior to these events. Kabbage, meanwhile, has raised hundreds of millions in equity and debt and is valued at more than $1 billion. The deal will be financed off Kabbage’s own balance sheet and will not require the company to raise more funds, I understand.

Rob Frohwein, Kabbage’s co-founder and CEO, said in an interview that the plan is to integrate Radius’ tech and IP into the Kabbage platform — the task will be overseen by Radius’ current CEO, Joel Carusone — as well as Radius’ tech team of 20 engineers, who will work for the Atlanta-based startup out of its office in San Francisco.

He also added that Radius’ current products — which include market intelligence and contact information for employees at SMBs in the U.S., along with a host of related solutions, which up to now had been gathered both via public sources and the businesses updating the information themselves; as well as the technology for merging disparate sources of data and ferreting out the “valid” pieces that are worth retaining and throwing out what is out of date — will not be sold any longer via Radius. From now on, there will be only one customer for all that data: Kabbage itself (the company had already been a user of Radius’ data to help its own marketing team connect with new and and existing customers).

“We have known the company for a long time,” said Frohwein. Other customers that Radius lists on its site include Square, American Express, LendingTree, FirstData, MetLife, Sam’s Club, Yahoo and more.

This doesn’t mean that Kabbage might not offer the SMB intelligence in a format to businesses directly via its own platform at some point, but it also means that as Kabbage expands into services that might compete with some of Radius’ now-former customers — payments and merchant acquirer services, as well as tools to help SMBs grow their own customer funnels are some that are on the cards for the coming months — it will have an edge on them because of the data on users that it will now own.

The deal underscores two bigger trends among startups that focus on enterprise customers. First, it points to  ongoing consolidation in the world of marketing tech, in part as businesses look for ways to better compete against the likes of Microsoft and Salesforce, which are also continually building out their stacks of services. And we likely will see more activity from stronger fintech companies keen to expand their platforms to provide more touchpoints and revenue streams from existing customers, as well as more services to expand the customer base overall.

“We’re thrilled to join the Kabbage team. As a company dedicated to small business analytics and data management, we’ve always had a deep respect for Kabbage’s data-driven technology and focus,” Radius CEO Carusone said in a statement. “Our companies have complementary technical architectures and domain experience for decision making. With Kabbage, we can build a more sophisticated analytics solution to identify, reach and serve small businesses.”

Kabbage itself is not looking for new funding at the moment, Frohwein said, but he added also that it is on a fast trajectory at the moment but still a ways away from an IPO, so I wouldn’t discount more raises in the future. The company is currently on track to see revenues up 40% versus last year, with customers up 60%. 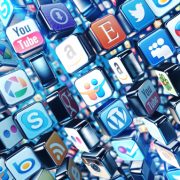 All About Cowhide: Best Kids Chairs To Lift Your Moo-d 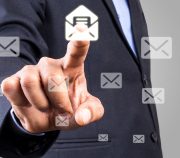