A growing number of IT breaches has led to security becoming a critical and central aspect of how computing systems are run and maintained. Today, a startup that focuses on one specific area — developing security tools aimed at developers and the work they do — has closed a major funding round that underscores the growth of that area.

Snyk — a London and Boston-based company that got its start identifying and developing security solutions for developers working on open-source code — is today announcing that it has raised $70 million, funding that it will be using to continue expanding its capabilities and overall business. For example, the company has more recently expanded to building security solutions to help developers identify and fix vulnerabilities around containers, an increasingly standard unit of software used to package up and run code across different computing environments.

Open source — Snyk works as an integration into existing developer workflows, compatible with the likes of GitHub, Bitbucket and GitLab, as well as CI/CD pipelines — was an easy target to hit. It’s used in 95% of all enterprises, with up to 77% of open-source components liable to have vulnerabilities, by Snyk’s estimates. Containers are a different issue.

“The security concerns around containers are almost more about ownership than technology,” Guy Podjarny, the president who co-founded the company with Assaf Hefetz and Danny Grander, explained in an interview. “They are in a twilight zone between infrastructure and code. They look like virtual machines and suffer many of same concerns such as being unpatched or having permissions that are too permissive.”

While containers are present in fewer than 30% of computing environments today, their growth is on the rise, according to Gartner, which forecasts that by 2022, more than 75% of global organizations will run containerized applications. Snyk estimates that a full 44% of Docker image scans (Docker being one of the major container vendors) have known vulnerabilities.

This latest round is being led by Accel with participation from existing investors GV and Boldstart Ventures. These three, along with a fourth investor (Heavybit) also put $22 million into the company as recently as September 2018. That round was made at a valuation of $100 million, and from what we understand from a source close to the startup, it’s now in the “range” of $500 million.

“Accel has a long history in the security market and we believe Snyk is bringing a truly unique, developer-first approach to security in the enterprise,” said Matt Weigand of Accel said in a statement. “The strength of Snyk’s customer base, rapidly growing free user community, leadership team and innovative product development prove the company is ready for this next exciting phase of growth and execution.”

Indeed, the company has hit some big milestones in the last year that could explain that hike. It now has some 300,000 developers using it around the globe, with its customer base growing some 200% this year and including the likes of Google, Microsoft, Salesforce and ASOS (side note: you know that if developers at developer-centric places themselves working at the vanguard of computing, like Google and Microsoft, are using your product, that is a good sign). Notably, that has largely come by word of mouth — inbound interest.

The company in July of this year took on a new CEO, Peter McKay, who replaced Podjarny. McKay was the company’s first investor and has a track record in helping to grow large enterprise security businesses, a sign of the trajectory that Snyk is hoping to follow.

“Today, every business, from manufacturing to retail and finance, is becoming a software business,” said McKay. “There is an immediate and fast growing need for software security solutions that scale at the same pace as software development. This investment helps us continue to bring Snyk’s product-led and developer-focused solutions to more companies across the globe, helping them stay secure as they embrace digital innovation – without slowing down.” 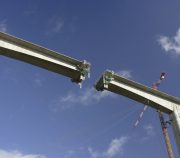 Airtable, maker of a coding platform for non-techies, raises $100M at a $1.1B valuation

Alibaba to help Salesforce localize and sell in China

SAP wants to bridge the gap between IoT and business data