When Docker sold off its enterprise division to Mirantis last fall, that didn’t mark the end of the company. In fact, Docker still exists and has refocused as a cloud-native developer tools vendor. Today it announced an expanded partnership with Microsoft around simplifying running Docker containers in Azure.

As its new mission suggests, it involves tighter integration between Docker and a couple of Azure developer tools including Visual Studio Code and Azure Container Instances (ACI). According to Docker, it can take developers hours or even days to set up their containerized environment across the two sets of tools.

The idea of the integration is to make it easier, faster and more efficient to include Docker containers when developing applications with the Microsoft tool set. Docker CEO Scott Johnston says it’s a matter of giving developers a better experience.

“Extending our strategic relationship with Microsoft will further reduce the complexity of building, sharing and running cloud-native, microservices-based applications for developers. Docker and VS Code are two of the most beloved developer tools and we are proud to bring them together to deliver a better experience for developers building container-based apps for Azure Container Instances,” Johnston said in a statement.

Among the features they are announcing is the ability to log into Azure directly from the Docker command line interface, a big simplification that reduces going back and forth between the two sets of tools. What’s more, developers can set up a Microsoft ACI environment complete with a set of configuration defaults. Developers will also be able to switch easily between their local desktop instance and the cloud to run applications.

These and other integrations are designed to make it easier for Azure and Docker common users to work in in the Microsoft cloud service without having to jump through a lot of extra hoops to do it.

It’s worth noting that these integrations are starting in Beta, but the company promises they should be released some time in the second half of this year. 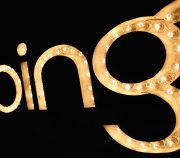 VMware is bringing VMs and containers together, taking advantage of Heptio acquisition

OpsRamp raises $37.5M for its hybrid IT operations platform

Once VMware is free from Dell, who might fancy buying it?