QuestDB, a member of the Y Combinator summer 2020 cohort, is building an open source time series database with speed top of mind. Today the startup announced a $2.3 million seed round.

The database was originally conceived in 2013 when current CTO Vlad Ilyushchenko was building trading systems for a financial services company and he was frustrated by the performance limitations of the databases available at the time, so he began building a database that could handle large amounts of data and process it extremely fast.

For a number of years, QuestDB was a side project, a labor of love for Ilyushchenko until he met his other co-founders Nicolas Hourcard, who became CEO and Tancrede Collard, who became CPO, and the three decided to build a startup on top of the open source project last year.

“We’re building an open source database for time series data, and time series databases are a multi-billion-dollar market because they’re central for financial services, IoT and other enterprise applications. And we basically make it easy to handle explosive amounts of data, and to reduce infrastructure costs massively,” Hourcard told TechCrunch.

He adds that it’s also about high performance. “We recently released a demo that you can access from our website that enables you to query a super large datasets — 1.6 billion rows with sub-second queries, mostly, and that just illustrates how performant the software is,” he said.

He sees open source as a way to build adoption from the bottom up inside organizations, winning the hearts and minds of developers first, then moving deeper in the company when they eventually build a managed cloud version of the product. For now, being open source also helps them as a small team to have a community of contributors help build the database and add to its feature set.

“We’ve got this open source product that is free to use, and it’s pretty important for us to have such a distribution model because we can basically empower developers to solve their problems, and we can ask for contributions from various communities. […] And this is really a way to spur adoption,” Hourcard said.

He says that working with YC has allowed them to talk to other companies in the ecosystem who have built similar open source-based startups and that’s been helpful, but it has also helped them learn to set and meet goals and have access to some of the biggest names in Silicon Valley, including Marc Andreessen, who delivered a talk to the cohort the same day we spoke.

Today the company has seven employees, including the three founders, spread out across the US, EU and South America. He sees this geographic diversity helping when it comes to building a diverse team in the future. “We definitely want to have more diverse backgrounds to make sure that we keep having a diverse team and we’re very strongly committed to that.”

For the short term, the company wants to continue building its community, working on continuing to improve the open source product, while working on the managed cloud product. 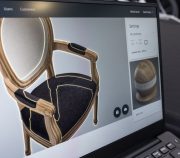 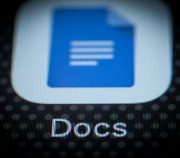 The Good, the Bad and the Ugly in Cybersecurity – Week 27
Scroll to top