Zoom adds a much-requested feature (but with a catch), TikTok partners with Shopify and Jack Dorsey lays out his argument for tomorrow’s Senate hearing. This is your Daily Crunch for October 27, 2020.

Zoom was criticized earlier this year for saying it would only offer end-to-end encryption to paid users. Now it says free users will have the option as well, starting in Zoom 5.4.0 on both desktop and mobile.

There are, however, a few catches. If you use end-to-end encryption in a free meeting, features like cloud recording, live transcription and meeting reactions will not be available, nor will participants be able to join the call by phone.

In addition, you’ll need to provide a phone number and billing information. And you’ll need to use the Zoom app rather than joining a meeting via web browser.

TikTok partners with Shopify on social commerce — At launch, the agreement allows Shopify merchants to create, run and optimize their TikTok marketing campaigns directly from the Shopify dashboard.

How Jack Dorsey will defend Twitter in tomorrow’s Senate hearing on Section 230 — In his opening statement, the Twitter CEO calls Section 230 “the Internet’s most important law for free speech and safety” and focuses on the kind of cascading effects that could arise if tech’s key legal shield comes undone.

Next-gen skincare, silk without spiders and pollution for lunch: Meet the biotech startups pitching at IndieBio’s Demo Day — Starting in 2015, IndieBio has provided resources to founders solving complex challenges with biotech, from fake meat to sustainability.

SpaceX launches Starlink app and provides pricing and service info to early beta testers — In terms of pricing, SpaceX says the cost for participants in this beta program will be $99 per month, plus a one-time cost of $499 for hardware.

SimilarWeb raises $120M for its AI-based market intelligence platform for sites and apps — The company will expand through acquisitions and its own R&D, with a focus on providing more analytics services to larger enterprises.

Advice and analysis from Extra Crunch

(Reminder: Extra Crunch is our membership program, which aims to democratize information about startups. You can sign up here.)

Hands-on: Sony’s DualSense PS5 controller could be a game changer — The question is whether developers will truly embrace the new haptics and audio features.

The Daily Crunch is TechCrunch’s roundup of our biggest and most important stories. If you’d like to get this delivered to your inbox every day at around 3pm Pacific, you can subscribe here. 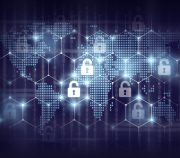 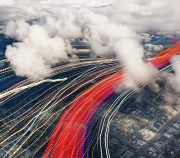 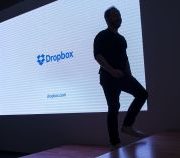