Many founders only know their own experience fundraising and don’t hear much about what other founders went through. On Extra Crunch Live on Wednesday, we’re going to remedy that.

Grafana Labs has raised upward of $75 million since it launched in 2014. Lightspeed Venture Partners, and partner Gaurav Gupta to be specific, led both the startup’s Series A and Series B rounds. As far as commitments go, that’s a pretty significant one.

The new and improved Extra Crunch Live pairs founders and the investors who led their earlier rounds to talk about how the deal went down, from the moment they met to the conversations they had (including some disagreements) to the relationship as it exists today. Hell, we may even take a peek at the original pitch deck that made it all happen.

Then, we’ll turn our eyes back to you, the audience. That same founder/investor duo (in this case, Grafana Labs CEO Raj Dutt and LVP’s Gaurav Gupta) will take a look at your pitch decks and give their own feedback. (If you haven’t yet submitted a pitch deck to be torn down on Extra Crunch Live, you can do so here.)

So let’s learn a little bit more about Gupta and Dutt.

Before becoming an investor, Gupta enjoyed a rich career in the product development sphere, holding positions at Elastic (where he led product management), Splunk (VP of Products), as well as Google, Gateway and the McKenna Group. He joined Lightspeed in 2019 as a partner, focusing primarily on enterprise software. He’s led investments in Impira, Blameless, Hasura and Panther, and of course, Grafana. He sits on the board of the last three companies in that list.

Dutt is the co-founder and CEO at Grafana Labs, but the fast-growing company isn’t his first go at entrepreneurialism. Dutt also founded and led Voxel, a cloud-hosting startup that was acquired by Internap for $30 million in 2012.

We’re absolutely thrilled to have Gupta and Dutt join us on our first episode of Extra Crunch Live in 2021. As a reminder, Extra Crunch Live is for Extra Crunch members only. We’re coming to you with a new pair of speakers every week, and you can catch everything you missed on-demand if you can’t join us live. It’s worth the cost of the subscription on its own, but EC members also get access to our premium content, including market maps and investor surveys. Long story short? Subscribe, smarty. You won’t regret it.

Oh, and here’s a look at other speakers you can expect to see on Extra Crunch Live:

And that’s just the February slate!

All the details to register for this upcoming episode (and more) are available below. Can’t wait to see you there! 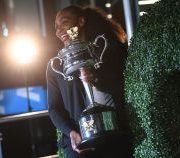