Remote work has become the norm for many businesses in the last year, and today a startup that has built a cybersecurity platform to help manage all the devices connecting to organizations’ wide-ranging networks — while also providing a way for those organizations to take advantage of all the best that the quite fragmented security market has to offer — is announcing a major round of funding and a big boost to its valuation after seeing its annual recurring revenues grow ten-fold over 15 months.

Axonius, which lets organizations manage and track computing-based assets that are connecting to their networks — and then plug that data into some 300 different cybersecurity tools to analyse it — has closed a round of $100 million, a Series D that values the company at over $1 billion ($1.2 billion, to be exact).

“We like to call ourselves the Toyota Camry of cybersecurity,” Axonius co-founder and CEO Dean Sysman told me in an interview last year. “It’s nothing exotic in a world of cutting-edge AI and advanced tech. However it’s a fundamental thing that people are struggling with, and it is what everyone needs. Just like the Camry.” It will be using the funding to continue scaling the company, it said, amid surging demand, with ARR growing to $10 million last year.

This latest round — led by Stripes, with past investors Bessemer Venture Partners (BVP), OpenView, Lightspeed and Vertex also participating — represents a huge jump for the startup.

Not only is this the company’s biggest round to date, but last year’s $58 million Series C — which closed just as the COVID-19 pandemic was kicking off and remote working, to better enforce social distancing, was starting to take off with it — valued the company at just over $302 million, according to PitchBook data. Axonius has now raised around $195 million in funding.

Last week BVP announced a new pair of funds totaling $3.3 billion, with one dedicated to later-stage growth rounds: This indicates that this money is already getting put to work. Amit Karp, the BVP partner who sits on Axonius’ board, describes the startup as one of the “fastest-growing companies in BVP history.”

When I last covered Axonius, one of the details that really struck me is that its platform is especially useful in today’s market, not just because of its focus on identifying devices on networks may well — and today genuinely do — extend outside of a traditional “office”, but also because of how it views the cybersecurity industry.

It’s a very fragmented market today, with hundreds of companies all providing useful tools and techniques to safeguard against one threat or another. Axonius essentially accepts that fragmentation and works within it, and it has its job cut out for it. Last year when I covered the company’s funding, it integrated with and ran network assets through 100 different cybersecurity tools; now that number is 300.

The crux of what Axonius provides starts with a very basic but critical issue, which is being able to identify how many devices are actually on a network, where they are and what they do there. The idea for the company came when Dean Sysman, the CEO who co-founded Axonius with Ofri Shur and Avidor Bartov, was previously working at another firm, the Integrity Project (now a part of Mellanox, which means now it’s a part of Nvidia).

“Every CIO I met I would ask, ‘do you know how many devices you have on your network?’ And the answer was either ‘I don’t know,’ or a big range, which is just another way of saying, ‘I don’t know,’ ” Sysman told me last year. “It’s not because they’re not doing their jobs but because it’s just a tough problem.”

He said part of the reason is because IP addresses are not precise enough, and de-duplicating and correlating numbers is a gargantuan task, especially in the current climate of people using not just a multitude of work-provided devices, but a number of their own.

Axonius’s algorithms — “a deterministic algorithm that knows and builds a unique set of identifiers that can be based on anything, including timestamp, or cloud information. We try to use every piece of data we can,” said Sysman — are built to bypass some of this.

The resulting information then can be used across a number of other pieces of security software to search for inconsistencies in use (bringing in the behavioural aspect of cybersecurity) or other indicators of malicious activity.

The fact of that platform play — and how it can grow with both the range of devices that are added, as well as technology built to counteract increasingly sophisticated threats — is what attracted investors.

“It’s always exciting to invest in fast-growing, innovative, category-creating companies, but what Axonius has accomplished in such a short time is remarkable,” said Stripes founding partner Ken Fox in a statement. “With its commitment to solving a fundamental challenge with a simple, powerful platform that collects and correlates data from hundreds of products its customers already use, Axonius has built one of the most beloved products in security. We look forward to partnering with the Axonius team as they continue to invest in technical innovation and grow to meet global demand in 2021 and beyond.” Fox will join the Axonius board of directors with this round.

It seems that some of this news leaked out over the weekend. A spokesperson has confirmed it all to us but the “official” announcement will be coming out later today. 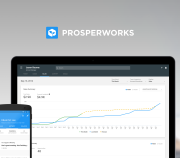 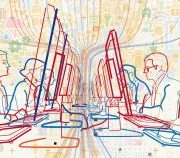 How Expensify hacked its way to a robust, scalable tech stack