At its Oktane21 conference, Okta, the popular authentication and identity platform, today announced a new — and free — developer edition that features fewer limitations and support for significantly more monthly active users than its current free plan.

The new ‘Okta Starter Developer Edition,’ as it’s called, allows developers to scale up to 15,000 monthly active users — up from only 1,000 on its existing free plan. In addition, the company is also launching enhanced documentation, a set of sample apps and new SDKs, which now cover languages and frameworks like Go, Java, JavaScript, Python, Vue.js, React Native and Spring Boot.

“Our overall philosophy isn’t, ‘we want to just provide […] a set of authentication and authorization services.’ The way we’re looking at this is, ‘hey, app developer, how do we provide you the foundation you need to get up and running quickly with authorization and authentication as one part of it,’ ” Diya Jolly, Okta’s chief product officer, told me. And she believes that Okta is in a unique position to do so, because it doesn’t only offer tools to manage authorization and access, but also systems for securing microservices and providing applications with access to privileged resources.

It’s also worth noting that, while the deal hasn’t closed yet, Okta’s intent to acquire Auth0 significantly extends its developer strategy, given Auth0’s developer-first approach.

Making sense of the $6.5B Okta-Auth0 deal

As for the expanded free account, Jolly noted that the company found that developers wanted to be able to access more of the service’s features during their prototyping phases. That means the new free Developer Edition comes with support for multi-factor authentication, machine-to-machine tokens and B2B integrations, for example, in addition to expanded support for integrations into toolchains. As is so often the case with enterprise tools, the free edition doesn’t come with the usual enterprise support options and has lower rate limits than the paid plans.

Still, and Jolly acknowledged this, a small to medium-sized business may be able to build applications and take them into production based on this new free plan.

“15K [monthly active users] is is a lot, but if you look at our customer base, it’s about the right amount for the smaller business applications, the real SMBs, and that was the goal. In a developer motion, you want people to try out things and then upgrade. I think that’s the key. No developer is going to come and build with you if you don’t have a free offering that they can tinker around and play with.”

She noted that the company has spent a lot of time thinking about how to support developers through the application development lifecycle overall. That includes better CLI tools for developers who would rather bypass Okta’s web-based console, for example, and additional integrations with tools like Terraform, Kong and Heroku. “Today, [developers] have to stitch together identity and Okta into those experiences — or they use some other identity — we’ve pre-stitched all of this for them,” Jolly said.

The new Okta Starter Developer Edition, as well as the new documentation, sample applications and integrations, are now available at developer.okta.com. 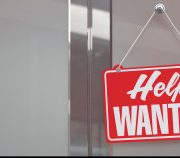 Salesforce steps into RPA buying Servicetrace and teaming it with Mulesoft 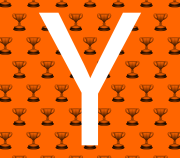 LinkedIn rolls out its Career Advice mentoring program to US, UK and India

Aporia raises $5M for its AI observability platform Are You One of the 533M People Who Got Facebooked? Scroll to top