St. George, Utah-based Zonos is classifying the round as a minority investment that also included individual investors Eric Rea, CEO of Podium, and Aaron Skonnard, co-founder and CEO of Pluralsight. The Series A is the first outside capital Zonos has raised since it was founded in 2009, Clint Reid, founder and CEO, told TechCrunch.

As Reid explained it, “total landed cost” refers to the duties, taxes, import and shipping fees someone from another country might pay when purchasing items from the U.S. However, it is often difficult for businesses to figure out the exact cost of those fees.

Checkout is the key to frictionless B2B e-commerce

Global cross-border e-commerce was estimated to be over $400 billion in 2018, but is growing at twice the rate of domestic e-commerce. This is where Zonos comes in: The company’s APIs, apps and plugins simplify cross-border sales by providing an accurate final price a consumer pays for an item on an international purchase. Businesses can choose which one or multiple shipping carriers they want to work with and even enable customers to choose at the time of purchase.

“Businesses can’t know all of a country’s laws,” Reid added. “Our mission is to create trust in global trade. If you are transparent, you bring trust. This was traditionally thought to be a shipping problem, but it is really a technology problem.”

As part of the investment Todd MacLean, managing partner at Silversmith Capital Partners, joined the Zonos board of directors. One of the things that attracted MacLean to the company was that Reid was building a company outside of Silicon Valley and disrupting global trade far from any port.

He says while looking into international commerce, he found people wound up being charged additional fees after they have already purchased the item, leading to bad customer experiences, especially when a merchant is trying to build brand loyalty.

Even if someone chooses not to purchase the item due to the fees being too high, MacLean believes the purchasing experience will be different because the pricing and shipping information was provided up front.

“Our diligence said Zonos is the only player to take the data that exists out there and make sense of it,” MacLean said. “Customers love it — we got the most impressive customer references because this demand is already out there, and they are seeing more revenue and their customers have more loyalty because it just works.”

In fact, it is common for companies to see 25% to 30% year over year increase in sales, Reid added. He went on to say that due to fees associated with shipping, it doesn’t always mean an increase in revenue for companies. There may be a small decrease, but a longer lifetime value with customers.

Going after venture capital at this time was important to Reid, who saw global trade becoming more complex as countries added new tax laws and stopped using other trade regulations. However, it was not just about getting the funding, but finding the right partner that recognizes that this problem won’t be solved in the next five years, but will need to be in it for the long haul, which Reid said he saw in Silversmith.

The new investment provides fuel for Zonos to grow in product development and go-to-market while also expanding its worldwide team into Europe and Asia Pacific. Eighteen months ago, the company had 30 employees, and now there are over 100. It also has more than 1,500 customers around the world and provides them with millions of landed cost quotes every day.

“Right now, we are the leader for APIs in cross-border e-commerce, but we need to also be the technology leader regardless of the industry,” Reid added. “We can’t just accept that we are good enough, we need to be better at doing this. We are looking at expanding into additional markets because it is more than just servicing U.S. companies, but need to be where our customers are.” 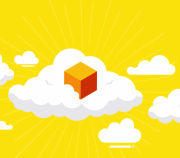 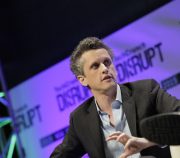 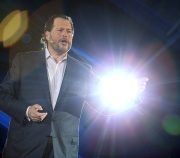 Rippling nabs $145M at a $1.35B valuation to build out its all-in-one platform for employee data
0 replies

Matillion raises $150M at a $1.5B valuation for its low-code approach to integrating... Glassdoor acquires Fishbowl, a semi-anonymous social network and job board,...
Scroll to top