When companies are considering buying a particular software service, they typically want to test it in their own environments, a process that can be surprisingly challenging. TestBox, a new startup, wants to change that by providing a fully working package with pre-populated data to give the team a way to test and collaborate on the product before making a buying decision.

Today the company announced it was making the product widely available; they also announced a $2.7 million seed round from SignalFire and Firstminute Capital along with several other investors and industry angels.

Company co-founder Sam Senior says he and his co-founder Peter Holland recognized that it was challenging for companies buying software to test it in a realistic way. “So TestBox is the very first time that companies are going to be able to test drive multiple pieces of enterprise software with an insanely easy-to-use live environment that’s uniquely configured to them with guided walk-throughs to make it really easy for them to get up to speed,” Senior explained.

He says that until now, even with free versions or free testing periods, it was hard to test and collaborate in that kind of environment with key stakeholders in the company. TestBox comes pre-populated with data generated by GPT-3 OpenAI to test how the software behaves and lets participants grade different features on a simple star rating system and provide comments as needed. All the feedback is recorded in a “notebook,” giving the company a central place to gather all the data.

Freemium isn’t a trend — it’s the future of SaaS

What’s more, it puts the company buying the software more in control of the process instead of being driven by the vendor, which is typically the case. “Actually, now [the customer gets to] be the one who defines the experience, making them lead the process, while making it collaborative, and giving them more confidence [in their decision],” he said.

For now, the company plans to concentrate on customer support software and is working with Zendesk, HubSpot and Freshdesk, but has plans to expand and add partners over time. It has been talking with Salesforce about adding Service Cloud and hopes to have them in some form on the platform later this year. It also plans to expand into other verticals over time, like CRM, martech and IT help desks.

Senior is a former Bain consultant who worked with companies buying enterprise software, and saw the issues firsthand that they faced when it came to testing software before buying. He quit his job last summer, and began by talking to 70 customers, vendors and experts to get a real sense of what they were looking for in a solution.

He then teamed up with Holland and built the first version of the software before raising their seed money last October. The company began hiring in February and has eight employees at this point, but he wants to keep it pretty lean through the early stage of the company’s development.

Even at this early stage, the company is already taking a diverse approach to hiring. “Already when we have been working with recruiting firms, we’ve been saying that they need to split the pipeline as much as they can, and that’s been something we have spent a long, long time on. […] We spent actually six months with an open role on the front end because we are looking to build more diversity in our team as quickly as possible,” he said.

He reports that the company has a fairly equitable gender and ethnic split to this point, and holds monthly events to raise awareness internally about different groups, letting employees lead the way when it makes sense.

At least for now, he’s planning on running the company in a distributed manner, but acknowledges that as it gets bigger, he may have to look at having a centralized office as a home base.

Why Adobe’s Advertising Cloud is (mostly) a private cloud 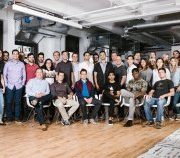 Frame.io picks up $20 million to be the Slack of video 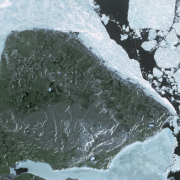 Rimeto lands $10M Series A to modernize the corporate directory 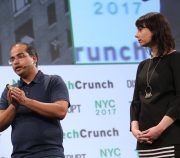