Diversity and inclusion have become central topics in the world of work. In the best considerations, improving them is a holistic effort, involving not just conceiving of products with this in mind, but hiring and managing talent in a diverse and inclusive way, too. A new startup called Pequity, which has built a product to help with the latter of these areas, specifically in equitable compensation, has now raised some funding — a sign of the demand in the market, as well as how tech is being harnessed in aid of helping it.

The San Francisco-based startup has raised $19 million in a Series A led by Norwest Venture Partners. First Round Capital, Designer Fund, and Scribble Ventures also participated in the fundraise, which will be used to continue investing in product and also hiring: the company has 20 on its own books now and will aim to double that by the end of this year, on the heels of positive reception in the market.

Since launching officially last year, Pequity has picked up over 100 customers, with an initial focus on fast-scaling companies in its own backyard, a mark of how D&I have come into focus in the tech industry in particular. Those using Pequity to compare and figure out compensation include Instacart, Scale.ai and ClearCo, and the company said that in the last four months, the platform’s been used to make more then 5,000 job offers. 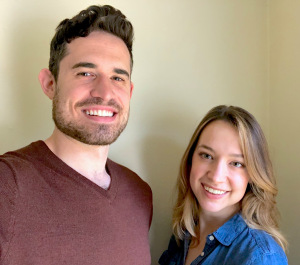 Kaitlyn Knopp, the CEO who co-founded the company with Warren Lebovics (both pictured, right), came up for the idea for Pequity in much the same way that many innovations in the world of enterprise IT come to market: through her own first-hand experience.

She spent a decade working in employment compensation in the Bay Area, with previous roles at Google, Instacart, and Cruise. In that time, she found the tools that many companies used were lacking and simply “clunky” when it came to compensation analysis.

“The way the market has worked so far is that platforms had compensation as an element but not the focus,” she said. “It was the end of the tagline, the final part of a ‘CRM for candidates.’ But you still have to fill in all the gaps, you have to set the architecture the right way. And with compensation, you have to bake in your own analytics, which implies that you have to have some expertise.”

Indeed, as with other aspects of enterprise software, she added that the very biggest tech companies sometimes worked on their own tools, but not only does that leave smaller or otherwise other-focused businesses out of having better calculation tools, but it also means that those tools are siloed and miss out on being shaped by a bigger picture of the world of work. “We wanted to take that process and own it.”

The Pequity product essentially works by plugging into all of the other tools that an HR professional might be using — HRIS, ATS, and payroll products — to manage salaries across the whole of the organization in order to analyse and compare how compensation could look for existing and prospective employees. It combines a company’s own data and then compares it to data from the wider market, including typical industry ranges and market trends, to provide insights to HR teams.

All of this means that HR teams are able to make more informed decisions, which is step number one in being more transparent and equitable, but is also something that Pequity is optimized to cover specifically in how it measures compensation across a team.

And in line with that, there is another aspect of the compensation mindset that Knopp also wanted to address in a standalone product, and that is the idea of building a tool with a mission, one of providing a platform that can bring in data to make transparent and equitable decisions.

“A lot of the comp tools that I’ve interacted with are reactive,” she said. “You may have to do, say, a pay equity test, you do your promotion and merit cycles, and then you find all these issues that you have to solve. We’re flagging those things proactively with our analytics, because we’re plugging into those systems, which will give you those alerts before the decisions need to be made.”

As an added step in that direction, Knopp said that ultimately she believes the tool should be something that those outside of HR, such as managers and emploiyees themselves, should be able to access to better understand the logic of their own compensation and have more information going into any kind of negotiation.

Ultimately, it will be interesting to see whether modernized products like Pequity, which are tackling old problems with a new approach and point of view, find traction in the wider market. If one purpose in HR is to address diversity and inclusion, and part of the problem has been that the tools are just not fit for that purpose, then it seems a no-brainer that we’ll see more organizations trying out new things to see if they can help them in their own race to secure talent.

“Compensation reflects a company’s values, affects its ability to hire talent, and is the biggest expense on its P&L. And yet, most comp teams run on spreadsheets and emails,” said Parker Barrile, Partner at Norwest, in a statement. “Pequity empowers comp teams to design and manage equitable compensation programs with modern software designed by comp professionals, for comp professionals.” 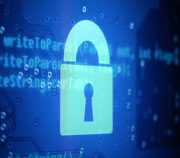 Salesforce is buying data visualization company Tableau for $15.7B in all-stock deal 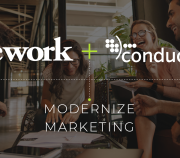 Illumio, a specialist in segmented security, raises $125M at $1b+ valuation