Salesforce and AWS represent the two most successful cloud companies in their respective categories. Over the last few years the two cloud giants have had an evolving partnership. Today they announced plans for a new set of integration capabilities to make it easier to share data and build applications that cross the two platforms.

Patrick Stokes, EVP and GM for Platform at Salesforce, points out that the companies have worked together in the past to provide features like secure sharing between the two services, but they were hearing from customers that they wanted to take it further and today’s announcement is the first step towards making that happen.

“[The initial phases of the partnership] have really been massively successful. We’re learning a lot from each other and from our mutual customers about the types of things that they want to try to accomplish, both within the Salesforce portfolio of products, as well as all the Amazon products, so that the two solutions complement each other really nicely. And customers are asking us for more, and so we’re excited to enter into this next phase of our partnership,” Stokes explained.

He added, “The goal really is to unify our platforms, so bring [together] all the power of the Amazon services with all of the power of the of the Salesforce platform.” These capabilities could be the next step in accomplishing that.

This involves a couple of new features the companies are working on to help developers on both the platform and application side of the equation. For starters that includes enabling developers to virtualize Amazon data inside Salesforce without having to do all the coding to make that happen manually.

Similarly, developers building applications on Amazon will be able to access Salesforce data and have it appear natively in Amazon. This involves providing connectors between the two systems to make the data flow smoothly without a lot of coding to make that happen.

The companies are also announcing event sharing capabilities, which makes it easier for both Amazon and Salesforce customers to build microservices-based applications that cross both platforms.

“You can build microservices-oriented architecture that spans the services of Salesforce and Amazon platforms, again without having to write any code. To do that, [we’re developing] out of the box connectors so you can click and drag the events that you want.”

The companies are also announcing plans to make it easier from an identity and access management perspective to access the platforms with a guided setup. Finally, the companies are working on applications to build Amazon Chime communications tooling into Service Cloud and other Salesforce services to build things like virtual call centers using AWS machine learning technology.

Amazon VP of Global Marketing Rachel Thorton says that having the two cloud giants work together in this way should make it easier for developers to create solutions that span the two platforms. “I just think it unlocks such possibilities for developers, and the faster and more innovative developers can be, it just unlocks opportunities for businesses, and creates better customer experiences,” Thornton said.

It’s worth noting that Salesforce also has extensive partnerships with other cloud providers including Microsoft Azure and Google Cloud Platform.

As is typically the case with Salesforce announcements, while all of these capabilities are being announced today, they are still in the development stage and won’t go into beta testing until later this year with GA expected sometime next year. The companies are expected to release more details about the partnership at Dreamforce and re:Invent, their respective customer conferences later this year. 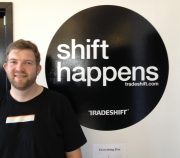 Wiggle Away With The Best Kids’ Wiggle Chairs

Has the fight over privacy changed at all in 2019?