Three years after closing a $9.3 billion deal to acquire NetSuite, several Oracle board members have written an extraordinary letter to the Delaware Court, approving a shareholder lawsuit against company executives Larry Ellison and Safra Catz over the 2016 deal. Reuters broke this story.

According to Reuters’ Alison Frankel, three board members, including former U.S. Defense Secretary Leon Panetta, sent a letter on August 15th to Sam Glasscock III, vice chancellor for the Court of the Chancery in Georgetown, Delaware, approving the suit as members of a special board of directors entity known as the Special Litigation Committee.

The lawsuit is what is called in legal parlance a derivative suit. According to the site Justia, this type of suit is filed in cases like this. “Since shareholders are generally allowed to file a lawsuit in the event that a corporation has refused to file one on its own behalf, many derivative suits are brought against a particular officer or director of the corporation for breach of contract or breach of fiduciary duty,” the Justia site explained.

The letter went on to say there was an attempt to settle this suit, which was originally launched in 2017, through negotiation outside of court, but when that attempt failed, the directors wrote this letter to the court stating that the suit should be allowed to proceed.

As Frankel wrote in her article, the lawsuit, which was originally filed by the Firemen’s Retirement System of St. Louis, could be worth billions:

One of the lead lawyers for the Firemen’s fund, Joel Friedlander of Friedlander & Gorris, said at a hearing in June that shareholders believe the breach-of-duty claims against Oracle and NetSuite executives are worth billions of dollars. So in last week’s letter, Oracle’s board effectively unleashed plaintiffs’ lawyers to seek ten-figure damages against its own members.

Oracle was struggling to find its cloud footing in 2016, and it was believed that by buying an established SaaS player like NetSuite, it could begin to build out its cloud business much faster than trying to develop something like it internally. A June Synergy Research SaaS marketshare report, while admitting the market was fragmented, still showed Oracle was far behind the pack in spite of that deal three years ago. 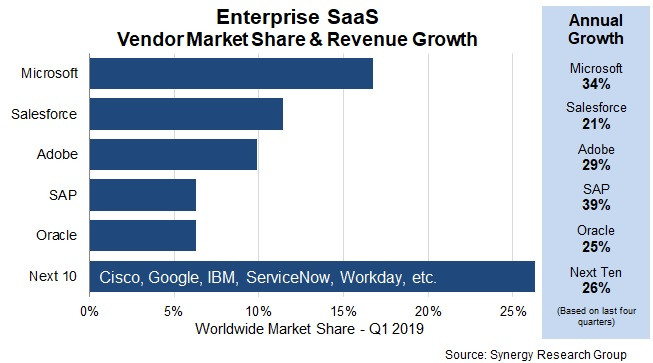 While there have been bigger deals in tech M&A history, including Salesforce’s acquisition of Tableau for $15.7 billion earlier this year, it’s still stands with some of the largest.

We reached out to Oracle regarding this story, but it declined to comment. 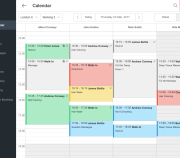 Daily Crunch: How the government shutdown is damaging cybersecurity and future IPOs

Mixmax launches IFTTT-like rules to help you manage your inbox

Insider Threats | From Malicious to Unintentional
Scroll to top