When Dell bought EMC in 2016 for $67 billion it was one of the biggest acquisitions in tech history, and it brought with it a boatload of debt. Since then Dell has been working on ways to mitigate that debt by selling off various pieces of the corporate empire and going public again, but one of its most valuable assets remains VMware, a company that came over as part of the huge EMC deal.

The Wall Street Journal reported yesterday that Dell is considering selling part of its stake in VMware. The news sent the stock of both companies soaring.

It’s important to understand that even though VMware is part of the Dell family, it runs as a separate company, with its own stock and operations, just as it did when it was part of EMC. Still, Dell owns 81% of that stock, so it could sell a substantial stake and still own a majority of the company, or it could sell it all, or incorporate into the Dell family, or of course it could do nothing at all.

Patrick Moorhead, founder and principal analyst at Moor Insights & Strategy, thinks this might just be about floating a trial balloon. “Companies do things like this all the time to gauge value, together and apart, and my hunch is this is one of those pieces of research,” Moorhead told TechCrunch.

But as Holger Mueller, an analyst with Constellation Research, points out, it’s an idea that could make sense. “It’s plausible. VMware is more valuable than Dell, and their innovation track record is better than Dell’s over the last few years,” he said.

Mueller added that Dell has been juggling its debts since the EMC acquisition, and it will struggle to innovate its way out of that situation. What’s more, Dell has to wait on any decision until September 2021 when it can move some or all of VMware tax-free, five years after the EMC acquisition closed.

“While Dell can juggle finances, it cannot master innovation. The company’s cloud strategy is only working on a shrinking market and that ain’t easy to execute and grow on. So yeah, next year makes sense after the five-year tax-free thing kicks in,” he said.

In between the spreadsheets

VMware is worth $63.9 billion today, while Dell is valued at a far more modest $38.9 billion, according to Yahoo Finance data. But beyond the fact that the companies’ market caps differ, they are also quite different in terms of their ability to generate profit.

Looking at their most recent quarters each ending May 1, 2020, Dell turned $21.9 billion in revenue into just $143 million in net income after all expenses were counted. In contrast, VMware generated just $2.73 billion in revenue, but managed to turn that top line into $386 million worth of net income.

So, VMware is far more profitable than Dell from a far smaller revenue base. Even more, VMware grew more last year (from $2.45 billion to $2.73 billion in revenue in its most recent quarter) than Dell, which shrank from $21.91 billion in Q1 F2020 revenue to $21.90 billion in its own most recent three-month period.

VMware also has growing subscription software (SaaS) revenues. Investors love that top line varietal in 2020, having pushed the valuation of SaaS companies to new heights. VMware grew its SaaS revenues from $411 million in the year-ago period to $572 million in its most recent quarter. That’s not rocketship growth mind you, but the business category was VMware’s fastest growing segment in percentage and gross dollar terms.

So VMware is worth more than Dell, and there are some understandable reasons for the situation. Why wouldn’t Dell sell some VMware to lower its debts if the market is willing to price the virtualization company so strongly? Heck, with less debt perhaps Dell’s own market value would rise.

It’s all about that debt

Almost four years after the deal closed, Dell is still struggling to figure out how to handle all the debt, and in a weak economy, that’s an even bigger challenge now. At some point, it would make sense for Dell to cash in some of its valuable chips, and its most valuable one is clearly VMware.

Nothing is imminent because of the five-year tax break business, but could something happen? September 2021 is a long time away, and a lot could change between now and then, but on its face, VMware offers a good avenue to erase a bunch of that outstanding debt very quickly and get Dell on much firmer financial ground. Time will tell if that’s what happens.

Dell spent $67B buying EMC — more than 3 years later, was it worth the debt? 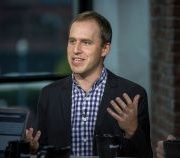 Hangouts Chat is coming to Gmail for G Suite users