Google, in collaboration with a number of academic leaders and its consulting partner SADA Systems, today announced the launch of the Open Usage Commons, a new organization that aims to help open-source projects manage their trademarks.

To be fair, at first glance, open-source trademarks may not sound like it would be a major problem (or even a really interesting topic), but there’s more here than meets the eye. As Google’s director of open source Chris DiBona told me, trademarks have increasingly become an issue for open-source projects, not necessarily because there have been legal issues around them, but because commercial entities that want to use the logo or name of an open-source project on their websites, for example, don’t have the reassurance that they are free to use those trademarks.

“One of the things that’s been rearing its ugly head over the last couple years has been trademarks,” he told me. “There’s not a lot of trademarks in open-source software in general, but particularly at Google, and frankly the higher tier, the more popular open-source projects, you see them more and more over the last five years. If you look at open-source licensing, they don’t treat trademarks at all the way they do copyright and patents, even Apache, which is my favorite license, they basically say, nope, not touching it, not our problem, you go talk.”

Traditionally, open-source licenses didn’t cover trademarks because there simply weren’t a lot of trademarks in the ecosystem to worry about. One of the exceptions here was Linux, a trademark that is now managed by the Linux Mark Institute on behalf of Linus Torvalds.

With that, commercial companies aren’t sure how to handle this situation and developers also don’t know how to respond to these companies when they ask them questions about their trademarks.

“What we wanted to do is give guidance around how you can share trademarks in the same way that you would share patents and copyright in an open-source license […],” DiBona explained. “And the idea is to basically provide that guidance, you know, provide that trademarks file, if you will, that you include in your source code.”

Google itself is putting three of its own open-source trademarks into this new organization: the Angular web application framework for mobile, the Gerrit code review tool and the Istio service mesh. “All three of them are kind of perfect for this sort of experiment because they’re under active development at Google, they have a trademark associated with them, they have logos and, in some cases, a mascot.”

One of those mascots is Diffi, the Kung Fu Code Review Cuckoo, because, as DiBona noted, “we were trying to come up with literally the worst mascot we could possibly come up with.” It’s now up to the Open Usage Commons to manage that trademark.

DiBona also noted that all three projects have third parties shipping products based on these projects (think Gerrit as a service).

Another thing DiBona stressed is that this is an independent organization. Besides himself, Jen Phillips, a senior engineering manager for open source at Google is also on the board. But the team also brought in SADA’s CTO Miles Ward (who was previously at Google); Allison Randal, the architect of the Parrot virtual machine and member of the board of directors of the Perl Foundation and OpenStack Foundation, among others; Charles Lee Isbell Jr., the dean of the Georgia Institute of Technology College of Computing, and Cliff Lampe, a professor at the School of Information at the University of Michigan and a “rising star,” as DiBona pointed out.

“These are people who really have the best interests of computer science at heart, which is why we’re doing this,” DiBona noted. “Because the thing about open source — people talk about it all the time in the context of business and all the rest. The reason I got into it is because through open source we could work with other people in this sort of fertile middle space and sort of know what the deal was.”

Update: even though Google argues that the Open Usage Commons are complementary to other open source organizations, the Cloud Native Computing Foundation (CNCF) released the following statement by Chris Aniszczyk, the CNCF’s CTO: “Our community members are perplexed that Google has chosen to not contribute the Istio project to the Cloud Native Computing Foundation (CNCF), but we are happy to help guide them to resubmit their old project proposal from 2017 at any time. In the end, our community remains focused on building and supporting our service mesh projects like Envoy, linkerd and interoperability efforts like the Service Mesh Interface (SMI). The CNCF will continue to be the center of gravity of cloud native and service mesh collaboration and innovation.” 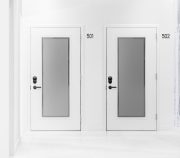