This year, more than ever before because of the Covid-19 pandemic, huge droves of workers and consumers have been turning to the internet to communicate, get things done, and entertain themselves. That has created a huge bonanza for cybercriminals, but also companies that are building tools to combat them.

In the latest development, an Israel-hatched, Mountain View-based enterprise startup called SentinelOne — which has built a machine learning-based solution that it sells under the brand Singularity that works across the entire edge of the network to monitor and secure laptops, phones, containerised applications and the many other devices and services connected to a network — has closed $267 million in funding to continue expanding its business to meet demand, which has seen business boom this year. Its valuation is now over $3 billion.

Given the large sums the company has now raised — $430 million to date — the funding will likely be used for acquisitions (cyber is a very crowded market and will likely see some strong consolidation in the coming years) as well as more in-house development and sales and marketing. Earlier this year, CEO and founder Tomer Weingarten told me that an IPO “would be the next logical step” for the company. “But we’re not in any rush,” he said at the time. “We have one to two years of growth left as a private company.”

SentinelOne contacted TechCrunch with the above details but said that an official press release was due only to be released at 3pm UK time. We’ll update with more details if they’re available when they are published. In the meantime, other outlets such as Calcalist in Israel (in Hebrew) have also published these details. And it should be noted that the round was rumored for almost a month ahead of this, although the sums raised were off by quite a bit: the reports had said $150-200 million.

(Sidenote: Why the pointless games with timings and exclusives? Who knows — I certainly don’t. )

This round included Tiger Global, Sequoia, Insight Partners, Third Point Ventures and Qualcomm Ventures. It looks like Sequoia — which is currently building up a new European operation to look more closely at opportunities on this side of the globe — is the only new name in that list. The others have all backed SentinelOne in previous rounds.

It was only in February of this year that SentinelOne had raised $200 million at a $1.1 billion valuation.

The rapid fundraising, from a top-shelf list of firms, is a notable aspect of this story.

In the world of startups, we are firmly living in a time when investors are looking for strong opportunities to back companies that are shining in a market that is particularly challenging. Covid-19 has all but decimated the travel industry and live in-person event industry, among others.

The cybersecurity market — in particular companies that are providing solutions that can immediately prove to be effective in what is an increasingly sophisticated threat landscape — is incredibly active right now, even more than it already was.

“Around 450 cybersecurity companies are operating in Israel, constituting 5% of the global cybersecurity market, in some cyber segments the two world leaders are by Israeli founders like CheckPoint and Palo Alto,” noted Avihai Michaeli, an advisor who scouts startups for corporate VCs.

Within that, endpoint security, the area where SentinelOne concentrates its efforts, is particularly strong. Last year, endpoint security solutions was estimated to be around an $8 billion market, and analysts project that it could be worth as much as $18.4 billion by 2024.

While SentinelOne has a lot of competitors — they include Microsoft, CrowdStrike, Kaspersky, McAfee, and Symantec — it is also a strong player in the market. Relying on the advances of AI and with roots in the Israeli cyberintelligence community, its platform is built around the idea of working automatically not just to detect endpoints and their vulnerabilities, but to apply behavioral models, and various modes of protection, detection and response in one go.

“We are seeing more automated and real-time attacks that themselves are using more machine learning,” Weingarten said to me this year. “That translates to the fact that you need defence that moves in real time as with as much automation as possible.”

As of February, it had 3,500 customers, including three of the biggest companies in the world, and “hundreds” from the global 2,000 enterprises, with 113% year-on-year new bookings growth, revenue growth of 104% year-on-year and 150% growth year-on-year in transactions over $2 million. Those numbers will have likely grown significantly since then. (We’ll update as and when we learn more.) 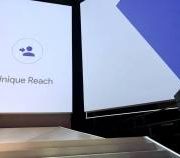 Thomas Kurian on his first year as Google Cloud CEO