As Block exits, Salesforce forecasts it will surpass $20B in revenue in FY2021 | Phoenix Technology Solutions

When Keith Block joined Salesforce from Oracle in 2013, the CRM giant was already a successful SaaS vendor on a billion dollar quarterly revenue cadence. When the co-CEO announced he was stepping down yesterday, the company reported revenue of $4.9 billion for the quarter.

During his tenure, the company’s revenue more than quadrupled, earning an impressive $17.1 billion last year, and as Block announced at the earnings call, the company he was leaving was forecasting revenue of $21 billion for FY2021.

Consider that it was not that long ago in May 2017 that we wrote about the company reaching the $10 billion mark. It’s perilously easy to get lost in these numbers, to take them for granted and think they don’t mean as much as they do. It’s hard work to build a billion SaaS business, never mind $10 billion or $20 billion.

Yet Salesforce is embarking on unchartered territory for a SaaS company. It’s approaching $20 billion in revenue for a single year.

Granted the company keeps growing revenue by making big deals like buying Mulesoft for $6.5 billion in 2018 or Tableau for $15.7 billion in 2019, or just this week buying Vlocity for a mere $1.33 billion. That means the company spent more than $25 billion over a couple of years to buy substantial companies that help them build their business.

Block took a moment to brag a bit about his accomplishments including how some of those purchases performed during his swan song call with Salesforce, calling it a capstone of his time at Salesforce.

“In Q4, we grew 32% in the Americas, 28% in APAC and 47% in EMEA in constant currency. Now that includes our recent acquisitions. And at the close of FY 2020, the number of Salesforce customers spending $20 million annually grew 34%,” he said.

Think about that last number for just a minute. This a SaaS vendor with the number of customers spending $20 million growing by 34%. Block helped orchestrate that growth and worked with the executive team to help determine which companies it should be targeting.

At a press conference in 2016 at Dreamforce, he discussed Salesforce’s acquisition strategy. At the time, it had bought a 10 of 12 companies it would end up acquiring that year. It would buy only one in 2017, before revving up again 2018. Here’s what he said about what they look for in a company, as we reported in an article at the time:

“We look at culture. Will it be a good cultural fit? Is it a good product fit? Is there talent? Is there financial value? What are the risks of assimilating the company into our company,” Block explained.

What’s next for Block?

There is no word on what Block will do next beyond acting as an advisor to his former co-CEO Marc Benioff, who took time in the earnings call to thank his colleague for his time at Salesforce. As well, he should.

As Ray Wang, founder and principal analyst point out, Block leaves a big hole as he steps away. “If there is no equivalent replacement, you will see a significant impact in sales. Keith brought industries and sales discipline,” Wang told TechCrunch

It will be interesting to watch what he does next, and who, if anyone, will benefit from his vast experience helping to build the most successful pure SaaS company on the planet.

The method in Salesforce’s M&A madness 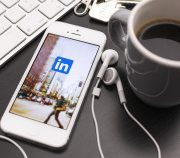 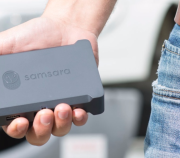 LinkedIn to launch Talent Insights, a new analytics tool, as it dives deeper into data
0 replies